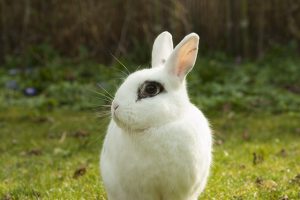 Campaigners in Scotland are fighting hard to help rabbits due to large numbers of rabbits being abandoned. James Oxley, an animal welfare scientist called for better legal protection against neglect for rabbits in 2014 and the Rabbits Require Rights organisation have been fighting to increase legal protection. The Scottish SPCA alone rescued 728 rabbits last year and had already taken in 550 rabbits in 2015. These high numbers do not include abandoned rabbits in the rest of the UK or the number of rabbits that are rehomed and fostered through other charities and other organisations.

The rabbit has been described by Rabbits Require Rights Scotland as “UK’s most neglected pet”. There is no law that helps to protect rabbits and enforce better protection for the rabbits. They can be sold or abandoned without much of a second thought and have been described as sweeties by a spokeswoman for Rabbits Require Rights. There are no legal requirements in the UK for the size of the hutches (unlike some EU countries), just simple guidelines, that allow retailers to sell uninformed people hutches that are too small and are inhumane for rabbits and other small animals. Sadly studies have shown that 60% of pet owners planned to keep their rabbits in hutches that are either the same size or smaller than the minimum recommended size. Additionally there are no legal requirements to keep rabbits in pairs and studies showed that 41% of the pet owners did intend to keep a rabbit on its own.

Rabbits are intelligent and social animals that need a lot of time, attention and exercise. They are the UK’s third most popular pets and yet they are the most neglected.  They suffer lonely lives in silence and often end up being sold on or given to rescue centres. Rabbits Require Rights is intending to go back to parliament for a second hearing of the petition later within the next month or two when the session dates are announced.  You can do your part by ensuring your rabbits are housed in pairs and that they have a suitable sized hutch and large run along with your company and plenty of opportunities to play an exercise. We also encourage rabbit owners to educate children along with other rabbit owners to help improve the welfare for these fantastic animals.