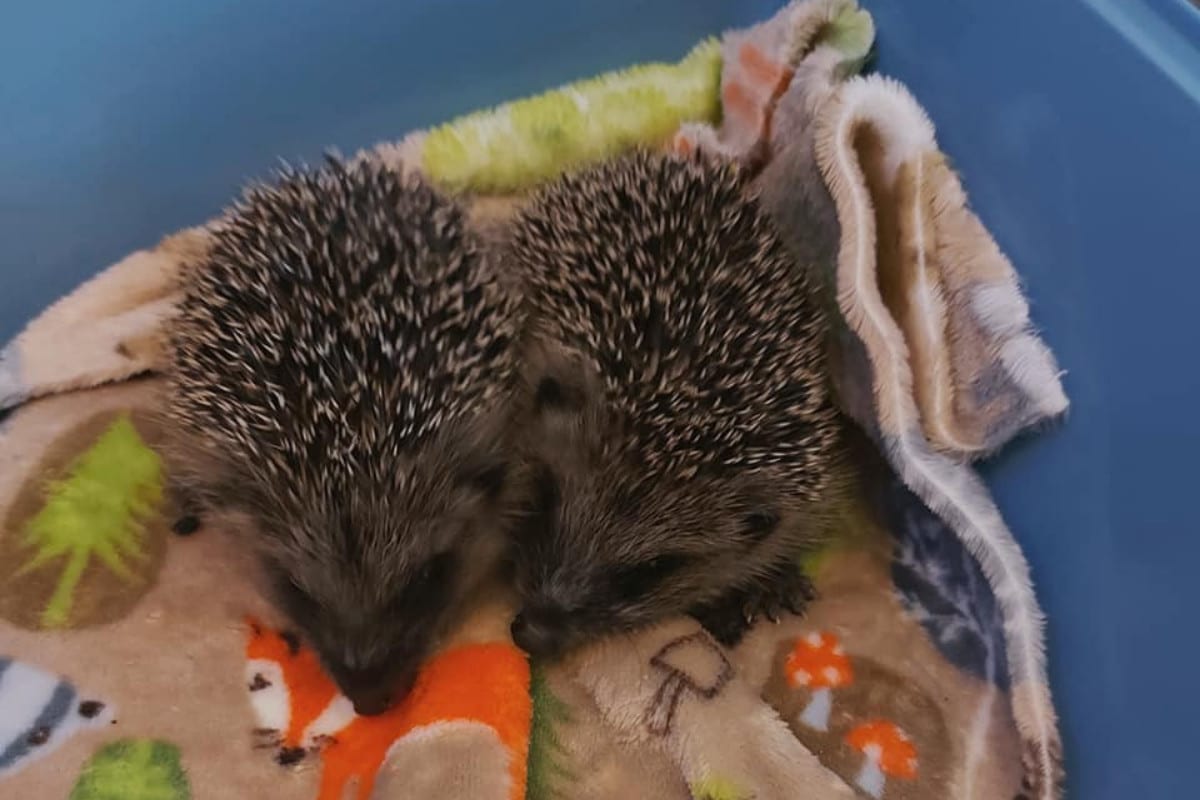 In our hedgehog category over 1,100 votes were cast and you showed your support for many wonderful hedgehog rescue charities including Chipping Sodbury Hedgehog Rescue in Gloucestershire,  A Prickly Problem in county Durhan and Hope for Hedgehogs in Gateshead.

The rescue that gained the most votes, and has received this year’s donation is Hartford Hedgehog Rescue in Cambridgeshire and this week we’d like to share a little about the work they are doing, and how our donation will help.

Hartford Hedgehog rescue was started by Suzanne, from her home in Cambridgeshire over 5 years ago. She still runs the rescue from her home, though now the hedgehogs in her care have moved from the front room to a purpose-built extension, Mum and her husband’s parents.

The rescue came about due to Suzanne’s love for hedgehogs and her desire to help those who visited her garden in autumn. She was lucky enough to be mentored by two experienced local rescuers and later completed training at Vale Wildlife Hospital in Gloucestershire which has enabled her to identify less obvious problems and administer medication. Humphrey came into the rescue weighing just 80 grams and is doing well.

Suzanne believes proper training is vital,  but not enough on its own. New rescuers also need hands-on mentoring from local, experienced rescuers.

Hedgehogs come in with all sorts of problems. Some are very obviously injured, dehydrated or underweight, but many with internal problems and parasites that aren’t easy to identify. This is why proper training is vital.

Suzanne’s six hedgehogs in the front room have grown to 17 in her purpose-built hospital extension. And as well as caring for all these hogs she still finds time to work as a Fire Service emergency call handler!

Even with the new facilities the rescue is almost always running at full capacity. Suzanne wanted to help more hedgehogs and she has found an ingenious way of doing this.

By mentoring and training other hedgehog lovers Hartford Hedgehog Rescue now has a team of fosterers who can take on hedgehogs who are on the mend after initial assessment and treatment, freeing up space for new arrivals. Each fosterer has a maximum of 2 hogs, so the work doesn’t get overwhelming. And they all check in daily with Suzanne, so she can spot any potential problems early.

The system has worked well and now Suzanne and the team can help around 30 hedgehogs at any one time. And whilst it’s hard work training and supporting a team of rescuers, it’s also great to be part of a group, to share the highs and lows of hedgehog rescue.

When Suzanne started the rescue she thought it was going to be all about taking in poorly hedgehogs. But she’s found that education is a big part of the role too. People are really keen to learn more about how to help hedgehogs and she has given talks to schools and local groups as well as providing information and answering questions on her popular Facebook page.

The rescue is supported by their local vet, but medication and vets bills are still the major expense, sometimes running to hundreds of pounds in a month. So this is where our donation will help. Along with letting the team know that people really do care and appreciate the work they are doing.

So a big thank you from all of us here at Home and Roost to the team at Hartford Hedgehog Rescue for all the work you are doing. We look forward to keeping in touch during 2022 and finding out more about your work.