The Mini Rex Rabbit – All the Facts 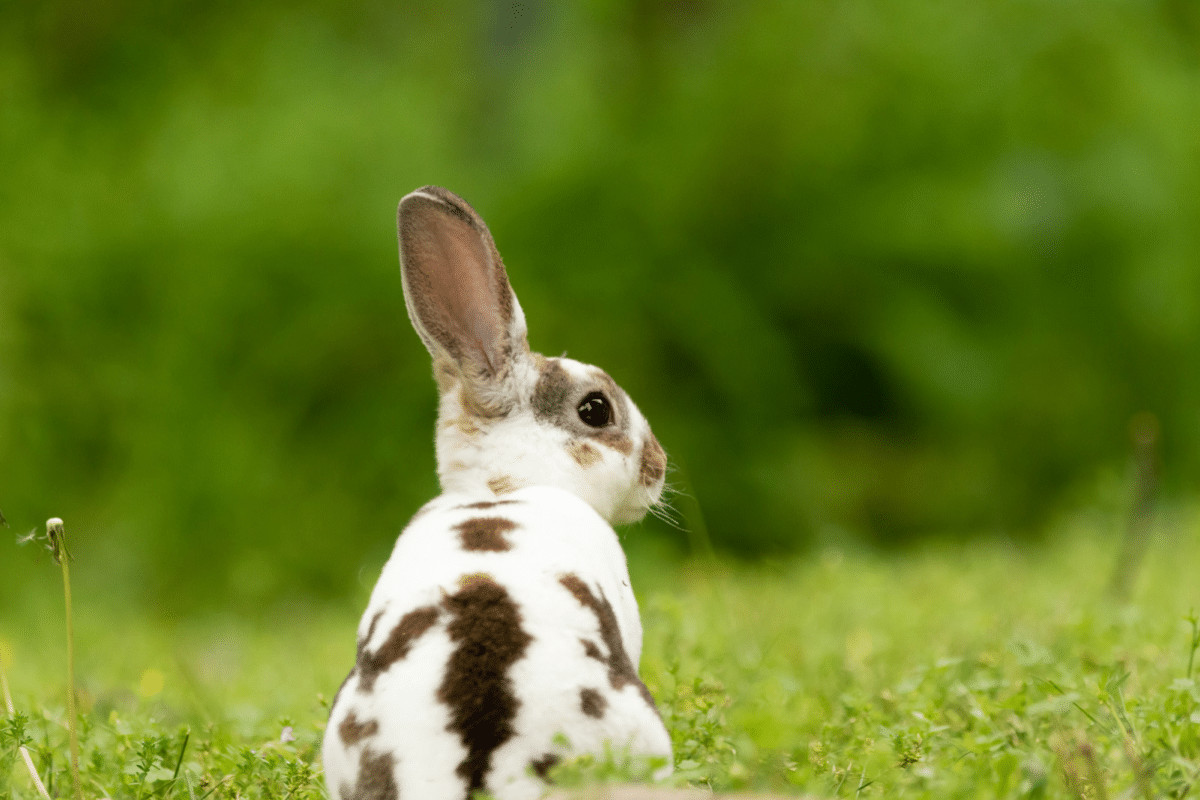 Some rabbit breeds go back hundreds of years. The Mini Rex, however, dates back to 1984 in the United States.

The late Monna Berryhill of Texas bread the first Mini Rex. In 1983, Ms. Berryhill won a pair of dwarf rex rabbits at the 1984 convention of the American Rabbit Breeders Association (ARBA).  Berryhill bred the buck with a small female Lynx Rex doe, and produced the first Mini Rex baby rabbits.

After that, the breed developed rapidly. Many new colors appeared, and breed standards were established. Dwarf type rabbits such as the Netherland Dwarf were rising in popularity, and the Mini Rex rabbits benefitted from this popularity.

What’s better than a friendly, soft-coated Rex rabbit? How about one that you can hold in one hand? Click To Tweet

Today Mini Rex rabbits are a popular pet and show breed that comes in a rainbow of colors. It’s recognized by the British Rabbit Council as well as ARBA.

The Mini Rex is a Mellow Fellow

Some rabbit breeds are known for their fiery personalities. This isn’t the case with  Mini Rex rabbits.

Although individual personalities vary, by and large, Mini Rex rabbits are easygoing and docile. People have described the breed as:

Although these qualities make Mini Rex rabbits a desirable pet, it’s important to be careful. Pet rabbits in general are delicate. They can be injured easily by rough or careless handling. This goes double for miniature breeds.

Even the calmest  bunny can bite or scratch if it feels threatened, though. So take care to be gentle.

Never leave any bunny unsupervised with a small child. And always instruct children on how to care for and  handle pet rabbits properly.

Like their larger cousins, Mini Rex rabbits are extremely clever. They enjoy spending time with their people, and can learn tricks such as coming when called or giving kisses on demand.

Mini Rex rabbits want to be part of the family. They enjoy human company and can suffer if ignored. Visit with your Mini Rex daily, and consider bringing home more than one so that they can keep each other company In the hutch.

What makes a Mini Rex a Rex is its unique fur.

“Rexed” fur means that all of the hairs are the same length, there are no guard hairs, and that the fur points out from the body instead of down.

This results in extremely plush, velvety fur that is also low maintenance.

All bunnies require grooming, including a monthly nail trim. However, short-haired rabbits don’t require the regular detangling and brush-outs that long-haired varieties do.

At the same time, most bunnies really enjoy a good brushing from a soft-bristled brush. Brushing your Mini Rex’s fur  once a week, or even more, can be enjoyable for both of you, and can help to promote a bond between you.

A Huge Variety of Colours

The Mini Rex’s fur is special not only because of its texture, but because of its many colourways. It comes in single color and patterned varieties, as well.

Tricolour rabbits have a coat consisting of white plus two other colors.

A broken coat means patches of any colour plus white.

A patterned coat refers to a broken coat plus various markings, such as eye markings, head markings, ear colouring, markings on the tail and spots on the body.

Mini Rex rabbits can also have complex colors, such as castor. The term “castor” refers to a coat that is brown on top, red beneath the brown, and slate blue on the bottom.

The Mini Rex breed comes in an astounding range of colours. These are the accepted colours according to the ARBA breed standard.

The Mini Rex rabbit is a small size breed. Adults ideally weigh between three and 4.5 pounds (1.36 to 2 kilograms), with does being larger than bucks.

The Mini Rex has a rounded back with short, straight legs and a short neck. Usually they are evenly proportioned with well developed shoulders and hindquarters.

The Mini Rex usually has thick, short, upright ears that sit close together atop the head.

Fortunately, the Mini Rex is robust in terms of health. Some breeds suffer from specific breeding-related health concerns. This isn’t the case with the Mini Rex rabbit. With proper care and feeding, your pet Mini Rex can live up to 10 years.

Still, all rabbits are prone to certain conditions. So keep your eyes open for signs that your pet is unwell, especially lethargy, loss of appetite, and diarrhea.

Rabbits have sensitive digestive systems. Moreover, certain problems that are annoying to people, such as gas, constipation, and diarrhea, can become deadly for rabbits fast.

Gastrointestinal Stasis is a common but potentially very dangerous problem. GI Stasis means that matter isn’t moving through the intestines as it should. GI stasis has a number of causes, including:

Symptoms of GI stasis may include:

If you suspect your rabbit has GI stasis, it’s time to get them to the vet.

Poor diet is one of the main causes of GI stasis. Providing your rabbit with high fiber food can help to prevent GI stasis.

Some symptoms of respiratory problems, such as wheezing and shortness of breath, are obvious. Others, such as loss of appetite and lethargy, might not be.

Check your rabbit hutch regularly for mould and mildew. If you find it, treat it immediately. And if you think your rabbit may have a respiratory infection, contact your veterinarian.

Rabbits’ front teeth never stop growing. A fibre-rich diet with plenty of hay can help to keep their teeth ground down to a normal length. Also make sure to always provide your rabbits with plenty of chewable toys.

Speaking of high fiber diets, do you know what you should feed a Mini Rex rabbit?

Although some larger breeds may require a higher protein diet, most rabbits need the same nutritional balance. This includes:

How Much Exercise Does a Mini Rex Need?

Mini Rex rabbits require a moderate amount of exercise. They’re not ultra-laid-back like Flemish Giants. And they don’t have the high energy level of a Mini Lop. Nonetheless, like all rabbits, they will need several hours of out-of-hutch time per day to stretch their legs and blow off steam.

Ideally, every rabbit should have all-day access to an exercise space. An attached hutch and run can provide this. And to secure your hutch at night, simply make sure your rabbits are back inside, then lock the access door that leads to the run.

You might think that a small rabbit needs less space. You would be wrong.

All rabbits, large and small, need an enclosure that allows them to:

In addition, all rabbits need both living and exercise space. A hutch is not enough, and a cage is even worse.  A cage can be used to hold your bunny temporarily while you clean its enclosure, but in general, a cage is too restrictive for a living space.

Your rabbit enclosure should include not only a spacious hutch that meets the above qualifications, but also a generous run. Our different hutches and runs work together to provide your rabbits a safe and comfortable home, as well as unlimited access to safe exercise space.

Is a Mini Rex Rabbit for You?

The Mini Rex can be a cheerful, affectionate, low-maintenance friend. They’re quick and eager learners, and love spending time with their humans. Also these rabbits make good show bunnies and excellent pets for families or individuals.

Do you have a Mini Rex? Would you like to share your experience with this breed? Drop us a note in the comments!