With Many Thanks From Beloved Rabbits 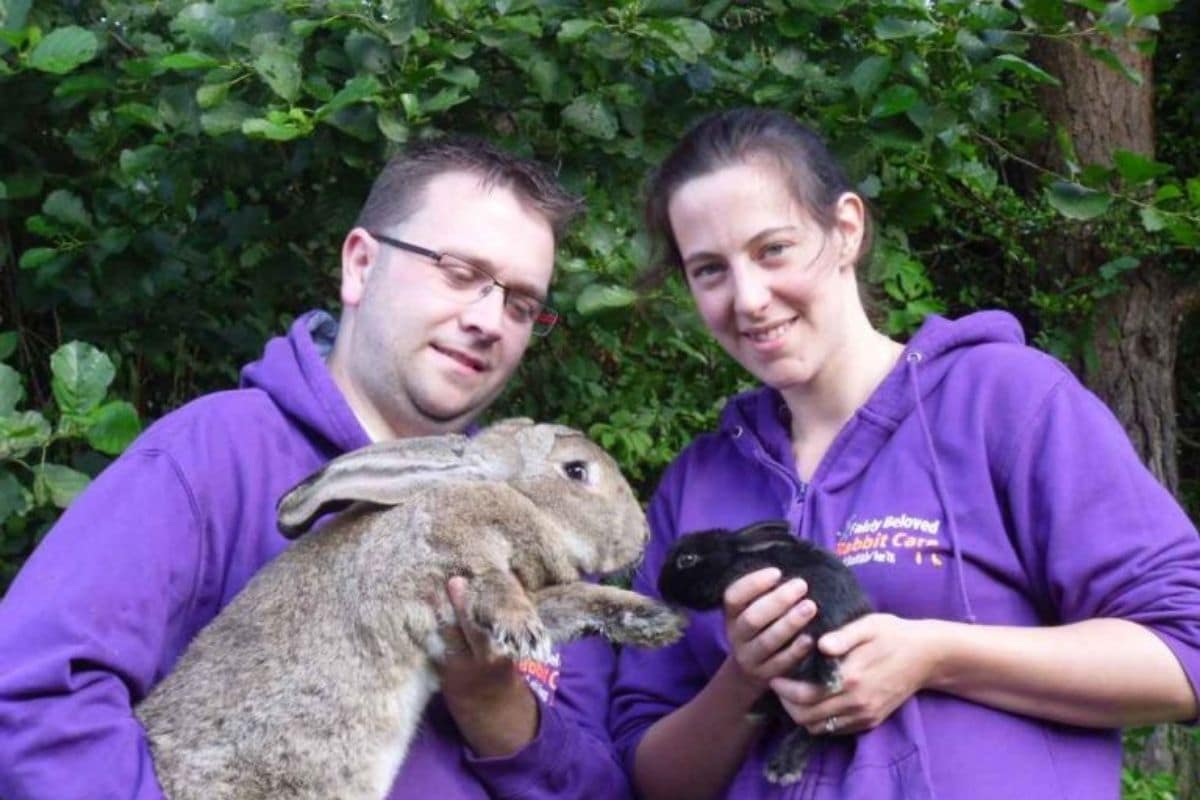 Last weekend was our Big Black Friday Give Back. We donated 10% of all the money you spent with us to animal charities. You told us which charities to donate to, and for our rabbit charity, you chose Beloved Rabbits. This week we’re going to share a bit about the work they do and how your nominations and donation will help.

And when it came to shopping over the weekend, you didn’t hold back either. Even though we were offering no discounts, you dug deep for our animal charities and bought hundreds of hutches, runs, bird tables and hedgehog houses. It was a record-breaking weekend for us, and our workshops have been super busy getting your orders out.

All this has meant that we have been able to donate a total of £1,892.20 to animal charities chosen by you. With a cheque for £378.44 winging its way to Beloved Rabbits right now.

We caught up with David at Beloved Rabbits to find out a bit about their work and how the money will help.

The Work of Beloved Rabbits

David and Feona started Beloved Rabbits 10 years ago when they realised there was no dedicated rabbit welfare charity in central Scotland.

Their goal is to improve the welfare standards of domestic rabbits in Scotland. They do this through rescue and rehoming, adoption, bonding services and general welfare advice and education.

From the start, David realised that they wanted to work with a foster carers network rather than caring for many rescue rabbits on site. This allows for more focussed care for the rabbits, helping them make an easier transition into their new permanent homes. And it allows David and Feona to focus on rescue and education.

They now have a team of 40 volunteer foster carers who work with them to rescue and rehome between 250 and 300 bunnies per year.

There is also a team of young volunteer care assistants who took after the 20 rabbits who are cared for on-site at Beloved Rabbits HQ. The care assistants get valuable training and experience in animal welfare.

The charity is supported by around 100 volunteer staff in total working on fundraising, education, adoption and a whole host of other roles, as well as rabbit care. “I’m very proud that we are fully run by volunteers and have no paid staff,” David says. “And we are still the only rabbit charity in this area.”

So how has this year changed things?

“Rabbits usually come to us because people don’t do their research before getting one.” David says. People don’t realise that rabbits are complex creatures to care for. They also don’t realise that many don’t much like to be handled. So, children who expected a cute, cuddly playmate can quickly get bored with their new bunny, animals become neglected, and this is where Beloved Bunnies comes in.

This year though David and the team have had far more calls from people who are having to give up their rabbits due to financial or health issues.

Social distancing has meant that they are able to have far fewer care assistants on-site at any one time.

And obviously, fundraising and educational events in the “real world” have been severely restricted.

Some of the changes the pandemic have forced the team to make have turned out to be positive, though. Beloved Rabbits does lots of work with bonding. Before the pandemic, they ran Bonding Bootcamps. This had been a very popular service, so David decided to have a go at running them over video. This has been an enormous success, and as well as offering sessions to people in central Scotland, David has been able to help people from all over the UK and even one bunny owner from Tennessee! Video bonding sessions will be a permanent addition to their services.

So you will your donations help?

“It’s already earmarked for vets bills.” Says David. “Every rabbit leaves us neutered, vaccinate and microchipped. Almost all of them come to us with other health problems too. So vers bills are a big expense for us.”

“It was especially nice to get the donation out of the blue.” David explained, “I get your newsletter so I knew the Black Friday event was happening but never thought we would benefit. And we’re celebrating out 10th birthday this month, so it feels a bit like a birthday present.”

So it’s a big thank you from David and the team at Beloved Rabbits.

I’m sure you’ll agree that its a privilege to be able to support such fantastic work.

We wish David and all the team all the best and look forward to keeping up with the work of Beloved Rabbits in the future.