With Many Wheeks From Cavy Corner 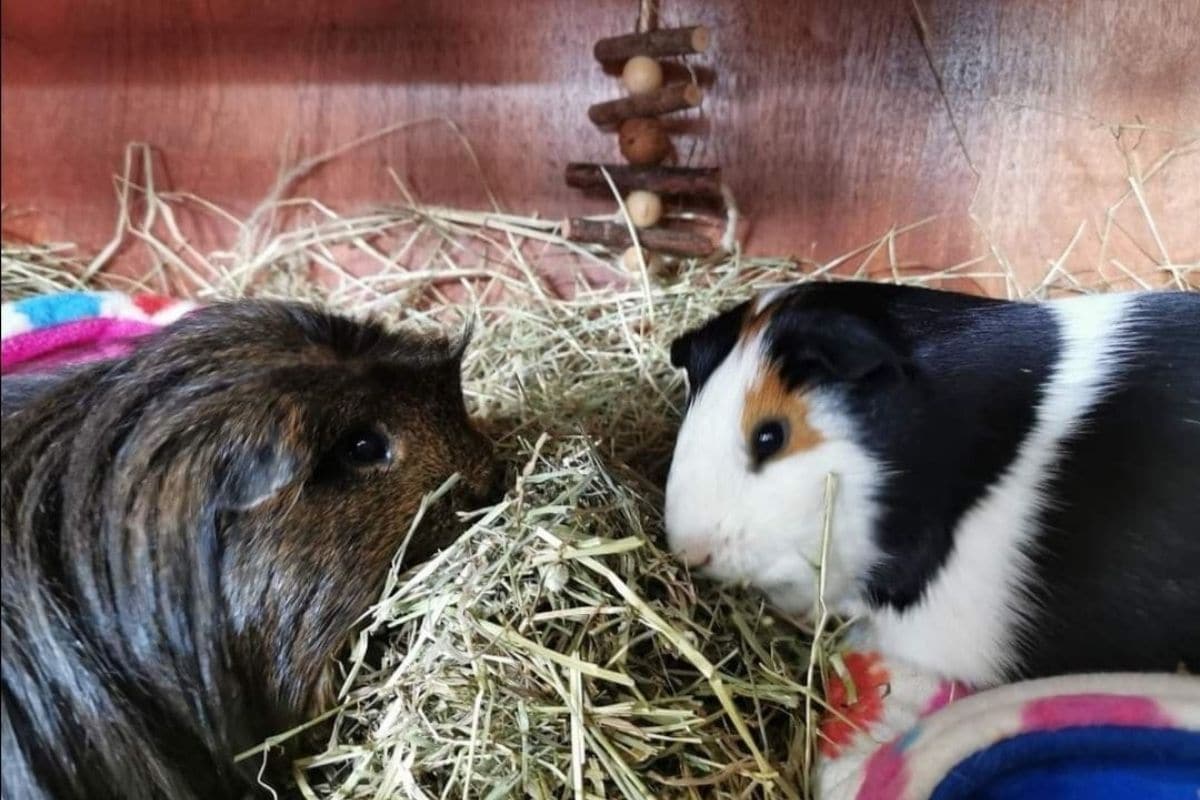 Last weekend was our Big Black Friday Give Back. We donated 10% of all the money you spent with us to animal charities. You told us which charities to donate to and for our guinea pig charity, you chose Cavy Corner. This week we’re going to share a bit about the work they do and how your nominations and donation will help.

And when it came to shopping over the weekend you didn’t hold back either. Even though we were offering no discounts you dug deep for our animal charities and bought literally hundreds of hutches, runs, bird tables and hedgehog houses. It was a record-breaking weekend for us and our workshops have been super busy getting your orders out.

All this has meant that we have been able to donate and a total of £1,892.20 to animal charities chosen by you. With a cheque for £378.44 winging its way to Cavy Corner right now.

We caught up with Sue at Cavy Corner to find out a bit about their work and how the money will help.

The Work of Cavy Corner

Cavy corner is a guinea pig sanctuary based in Doncaster and run by Sue and Winston from their home.

They are very busy and have rescued over 100 more cavies in 2020 than they have in previous years. Click To Tweet

When I spoke to Sue on Thursday evening they have rescued 231 guineas during the pandemic, by the time we chatted on Friday morning that number had risen to 235.

They are very busy and have rescued over 100 more cavies in 2020 than they have in previous years.

Sue had guineas as a child, then life and career took over and she was without cavies for over 20 years.

When an accident meant that she would be off work for quite some time Sue knew she needed something to do. So she went out and got two guinea pigs to keep her company.

Husband Winston was nervous at first. He’d never had anything to do with guinea pigs and wasn’t sure how he’d feel about having them around the house. Luckily he quickly fell in love with them.

As Sue and Winston started researching guinea pigs she quickly realised how little she had known about them as a child. And how many of them were in trouble now. They kept finding “free to a good home” ads for guinea pigs in local papers and started to take in these unwanted pets.

The sanctuary was formed in 2008 and achieved registered charity status in 2014.

To start with the rescue ran from Sue and Winston’s house, but it quickly outgrew the space they had and the guineas now live in a lovely heated and air-conditioned building in the garden.

Cavy Corner rescue abused, abandoned, neglected and unwanted guineas. There are a huge range of reasons why guineas might come to them.

Sue believes that one of the reasons that they are so successful in reaching guineas in the most difficult situations is that they work very hard to be non-judgemental. So that people who might be nervous about calling someone like the RSPCA feel that they can turn to Cavy Corner.

They have rescued thousands of guineas over the years. Many of them have been successfully re-homed through their very careful and thorough adoption program.

But there are still 150 permanent residents at Cavy Corner. Guineas who for whatever reason, need that little bit of extra care.

The permanent residents are looked after by a team of over 40 volunteers. They create mountains of laundry every week, as well as getting through fields of hay!

A lot of the problems Sue and the team see in guinea pigs are caused by ignorance and lack of education. For example, people not realising that without a daily feed of hay their cavies are going to get dental problems.

This is why Cavy Corner run an education program and a Help Line which receives calls and messages from around the world.

When we caught up with Sue she said how delighted she was to receive donation out of the blue, that they hadn’t had to spend time working for. Because although fundraising is an essential part of any charities work, it takes time away from the work they really want to be doing – helping guinea pigs.

So it’s a huge Thank You from Cavy Corner.

I’m sure you’ll agree that its a privilege to be able to support such amazing work.

We wish Sue, Winston and the team all the best and look forward to keeping up with events at Cavy Corner in the future.