Should I Neuter My Rabbit? Making The Right Choice For Your Bunny 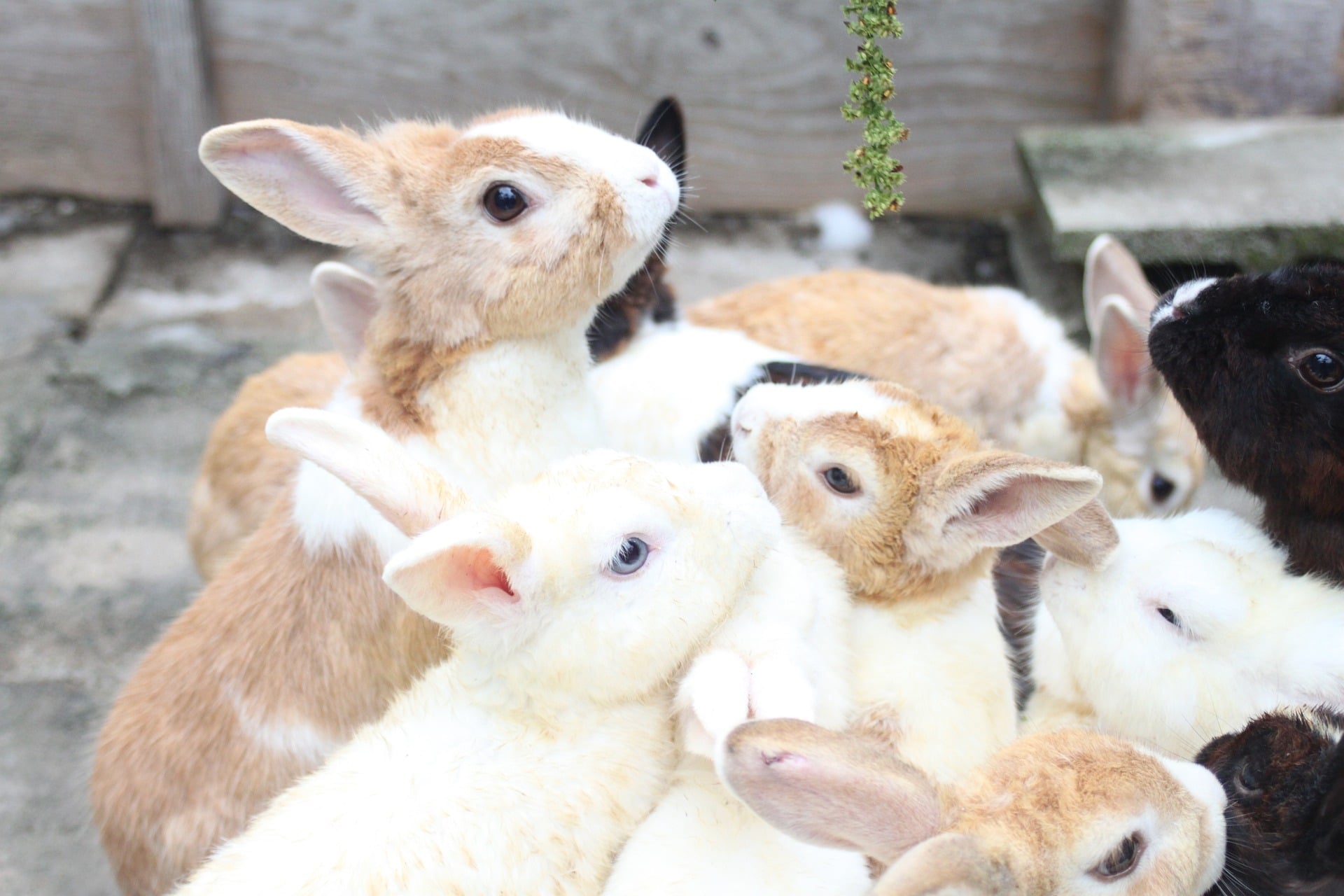 Animal advocates around the world agree: it’s best to spay and neuter your pets. But you may wonder if it’s strictly necessary. Why bother if you only have one pet rabbit, for example? Why not save the money and spare your rabbit a trip to the vet?

There are many reasons to “fix” a pet rabbit, over and above preventing unwanted pregnancies. Spaying and neutering cuts down on aggression and territoriality in both sexes, for one. For another, getting your rabbit neutered can prevent some serious health problems. And it can make your bunnies better tempered and easier to handle.

Is it OK Not to Neuter my Rabbit?

Honestly? We don’t think so.

Even if you have a single bun — which you shouldn’t — the benefits of desexing far outweigh the costs.

The fact is, no pet owner can predict issues that might come up — escape attempts, incorrect gender identification, fights and squabbles, aggression, health concerns…

Unless you’re intending to breed your rabbits, desexing them is a matter of responsible pet ownership.

Should Male Rabbits be Neutered?

Yes, absolutely. Neutering benefits the rabbit, its companions, and a rabbit’s human family, too.

What are the Benefits of Neutering a Rabbit?

There are many, many benefits to desexing your rabbits. These are just a few.

The first, and we think one of the most important benefits to your bunnies is preventing unwanted pregnancies.

Rabbits are happiest in pairs, and it’s easiest to bond a male and a female.

The problem there is obvious.

We’re all familiar with the expression “breeding like rabbits.” And it’s true. Rabbits breed early and often. On top of this, female rabbits have a double uterus, which means that they can potentially carry two litters at a time. In fact, one unaltered female can produce between 60 and 72 kits in a year. And each of those kits can start breeding as early as three months of age.

And if that’s not enough to give you pause, one breeding pair plus all of their offspring could potentially bring four million new rabbits into the world in the space of a year.

Do you have room in your enclosure for that?

But, you might say, what if I bring home a same-sex pair? To which we reply that it’s notoriously difficult to sex a rabbit. Does and bucks look very similar under the chassis, and even experienced rabbit owners sometimes get it wrong. And that’s a mistake you don’t want to make.

You might think that your rabbit isn’t going to encounter other rabbits.

Digging is a primary rabbit behaviour, and many bunnies are born escape artists. In addition to dig-proofing your enclosure, spaying and neutering your rabbits is another layer of protection in the event of an escape.

The Behavioural Benefits of Neutering

Neutering can help your rabbits to get along better with one another. It can also help your bunny to have a better relationship with you.

If your rabbits are fighting, chances are, they’re fighting about territory. Rabbits can be quite territorial, especially if you’re bringing a new rabbit home to an established one. And females are more territorial than males.

Territoriality is closely linked to reproduction. Desexing your rabbits lessens territoriality in both sexes. Neutering also makes it easier to bond rabbits, regardless of their sex.

It Makes for a Better Tempered Rabbit

In addition to reducing territoriality, desexing makes rabbits of both sexes less temperamental and easier to handle. It can also reduce some rabbits’ tendency to nip, which is a courtship behaviour.

Desexing your rabbit can also make it easier to litter-train.

If you want a gentle, good-natured, well-behaved bunny, spaying and neutering is a good first step.

Whether your bunny lives inside or out, urine spraying can make things highly unpleasant. Urine spraying is your rabbit’s way of marking territory. They may spray their enclosure, one another, and even you! Both males and females spray.

The Health Benefits of Neutering

Pregnancy and parturition can be very hard on female rabbits. So preventing pregnancy can spare them pregnancy-related problems.

Female rabbits are prone to uterine cancer and cancer of the mammary tissues. These can occur early in life, and can be deadly. Unaltered female rabbits can also develop infections of the womb and urinary tract. These aren’t just life threatening; they can be painful, too.

Will my Male Rabbit Change after Being Neutered?

What will change, however, are behaviours associated with reproduction and sexual frustration. These include:

And don’t worry about your bunny holding a grudge for “unmanning” them. That’s a human reaction. Your bunny will actually be happier.

Why Should I Spay or Neuter my Rabbit?

In short, spaying and neutering your pets is the responsible thing to do. Desexed rabbits live longer. They’re healthier and happier. And they get along better with both their humans and their bunny pals.

Not to mention that you won’t have to worry about surprise kits.

Some people use “neutering” to mean castration, that is, altering male rabbits specifically. Other people use the term to refer to desexing either male rabbits or female rabbits. “Spaying” is only used to mean desexing females.

Castrating a rabbit means removing the testicles completely. Male rabbits can be castrated as early as their testicles descend. This is usually around three or four months of age.

Your vet will do the procedure under general anaesthesia. Once your rabbit is eating and defecating, your vet may release him. This may even be same-day. Once home, if your bunny isn’t eating and eliminating within four to five hours, contact your vet.

It can take up to three weeks for a neutered rabbit to become completely sterile, so keep him separate from your other rabbits. Separation will also give him a chance to heal. Healing time is especially important, as upsets like separation, illness, or surgery can break a rabbit bond.

If you need to re-bond your bunnies, wait two to four weeks after neutering your male.

Spaying is a bit more complicated than castration. This is because male rabbits’ testicles are on the outside, while female rabbits’ reproductive organs are internal.

Spaying means removing the ovaries and uterus. This is done under general anaesthesia. Many female rabbits remain with the vet for 48 hours after a spay surgery.

When your female bunny comes home, she will often have a prescription for pain medication. Watch her closely for signs of internal bleeding (distended belly, pale gums, weakness, lack of appetite), infection of the sutures (redness and swelling around the stitches), or lack of appetite and / or elimination.

Most rabbits come through spaying quite well. Still, contact your vet at the first sign of trouble.

It typically takes ten days, or sometimes longer, for female rabbits to recover from spay surgery. So keep your bunny away from your other rabbits during this time, and don’t attempt any introductions until she’s completely healed.

What are your thoughts about spaying and neutering? Tell us about it!

1 thought on “Should I Neuter My Rabbit? Making The Right Choice For Your Bunny”