What To Feed Swans | Is it Safe To Feed Them Bread? 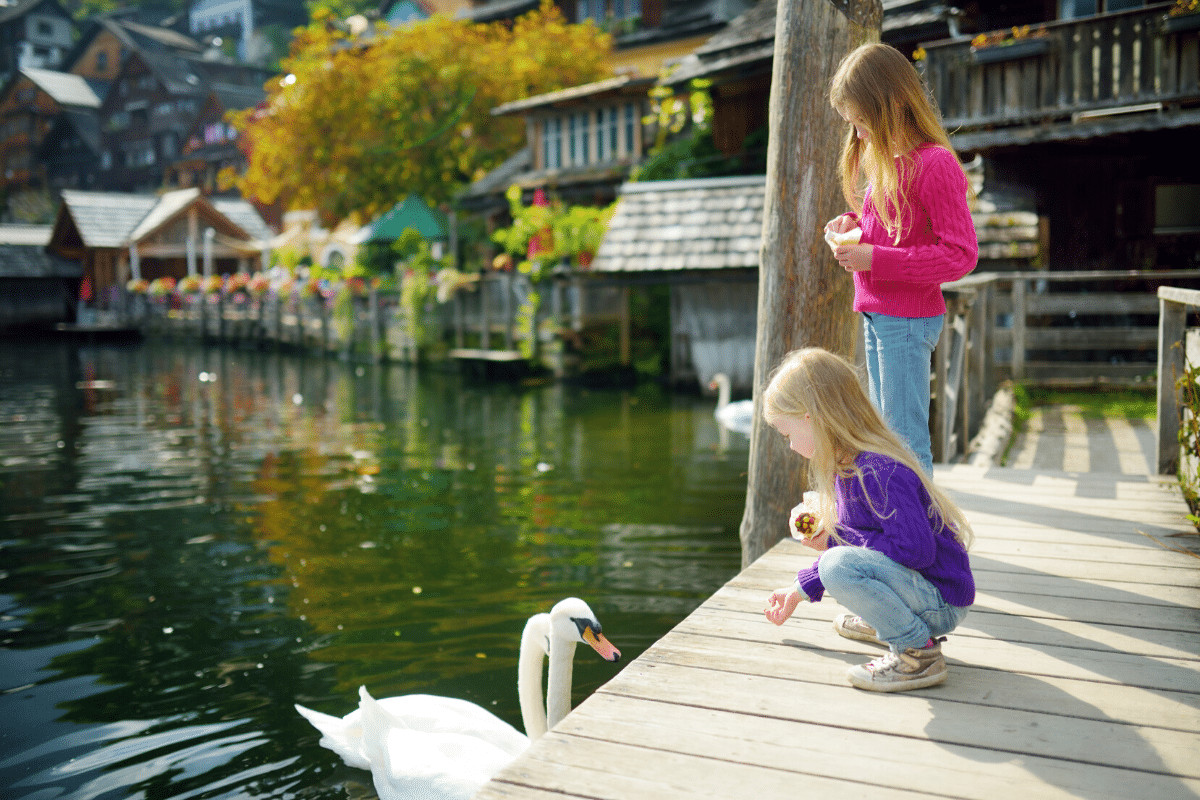 Swans are majestic birds: feeding swans, ducks and other water birds has been a family pleasure for hundreds of years. Over the past few years, though debate has raged over whether we should be feeding swans bread, or feeding them at all. In this article, we are going to take a thorough look at the issues and come up with some answers for you on the question of what to feed swans.

What to Feed Swans?

They eat weed and algae. They prefer to eat on the water as this is the most energy-efficient for them. Swans feed by filtering the water to take out the food they want. So it’s not unusual for them to take in small frogs, fish, molluscs or insects with the vegetation they like.

The swan’s natural diet is not very nutritious. As anyone who ever went on a diet will tell you, greens don’t tend to have many calories. They are also low in protein and hard to digest. So the swan has to eat a lot of weed every day to get the energy it needs.

An average adult swan weighs around 25 lbs. They need to eat between 25 and 35% of their body weight each day to keep healthy. That’s six to eight pounds of weed and algae every day.

Other Items on the Menu

Swans prefer to feed on plants floating on the top of the water. These are easiest to get at. But the swan can dive down or upend itself in the water to get at more deep-rooted plants if needed. And its long neck means that it can reach plants that are not accessible to other waterfowl.

Swans can also eat on land if they need to. They will happily crop short grass. But more surprisingly they will even eat potatoes, lettuce, spinach and other leafy greens. Feeding on the land is not ideal for swans, though. Walking is far less energy efficient for them than swimming. And on land, they are more at risk from predators.

Should We Feed Swans?

There is always someone telling us the wild animals should feed themselves. By giving them food, they say, we make them lazy. And we don’t provide the balance of nutrition they would get from their natural diet.

But we humans have messed with the environment so much. We have interfered with the natural diet of most animals on the planet. We’ve caused a scarcity of natural food sources, polluted food chains and disrupted the climate.

So in many cases, including the case of the swan, we have made it more difficult for creatures to get the food they need naturally.

The RSPB says that there is no harm in feeding swans and that feeding may be helpful in freezing weather, or very dry conditions.

But What About Bread?

You may have read that bread is very bad for swans, in pieces like this, for example:

“We see people feed bread to birds all the time, and they love the taste. It isn’t necessarily good for them, though. Their digestive tract isn’t cut out for delicious, refined flour and sugar, so feeding bread to a swan is like forcing candy on a baby. Bread has a higher protein count than their natural diet and will disrupt their normal nutrition.

Mature swans who eat too much bread will become weak, and possibly infertile. If they do manage to produce offspring, they are more likely to be born unhealthy. Young swans that eat too much bread will undergo a crippling growth spurt. Once their bodies have grown too big for their legs, they won’t be able to stand or walk around properly.

They might even develop a condition called “angel wing” in which their wings grow incorrectly. Not only will this make them incapable of any kind of flight, it will also make them prone to bullying and ostracization from other swans.”

But where’s the scientific proof? Well, it seems there is none.

In the late 1800s, Harvey Kellogg convinced the world that breakfast is “the most important meal of the day” to sell more breakfast cereal. There is no scientific proof. People had been skipping breakfast with no ill effects for thousands of years.

In the same way, bird food company Wild Things launched the “Ban the Bread” campaign in 2018 to get people to buy their seed to feed to swans and ducks.

People love swans. No-one wanted to hurt them. The “Ban the Bread” campaign went viral, and parks started to introduce no bread rules. Swans began to starve. People weren’t feeding them bread or anything else for that matter.

British swans were in such dire straits that in 2019 the Queens Swan Marker David Barker issued an official statement backed up by research from Oxford University:

“While bread may not be the best dietary option for swans compared to their natural food such as river weed, it has become a very important source of energy for them, supplementing their natural diet and helping them to survive the cold winter months when vegetation is very scarce.”

What are the Best Things to Feed Swans?

Specialist Swan Food. The “Ban the Bread” campaign may seem a little underhanded, but Specialist Swan and duck food is one of the best things you can offer to supplement the swans’ diet. It is nutritionally balanced, contains many of the grains they favour naturally. And if floats, allowing them to feed in the way that is the most energy-efficient for them.

Bread. As we’ve seen, there is nothing wrong with feeding swans a bit of bread. So long as it’s not mouldy. Mould can be toxic for swans and other water birds.

Leafy greens. Lettuce, spinach, a bit of cabbage or other leafy greens are a healthy food to offer swans and very close to their natural diet.

Potatoes. This is a weird one. But swans will eat raw potatoes. Flocks of them have been seen going over potato fields after harvest clearing up the leftovers.

Vegetable peelings. Potato, carrot and other veg peelings are a great, no-cost option for feeding swans.

Grains and unsweetened breakfast cereal. Grains are part of the swans’ natural diet. So unsweetened cereals or popcorn are good to offer.

What Not To Feed Swans

Mouldy Bread. If you are offering bread, make sure it’s mould-free. Mould is toxic for swans.

Dairy. Like most birds, swans can’t digest lactose, and it can coast stomach upset. So don’t go chucking your cheese sandwich in the river!

Sugar and Chocolate. Too much sugar is bad for all of us, and swans are no exception. Chocolate can cause digestive problems.

Salt. Though swans and all water birds can process salt too much puts a strain on their system. So avoid feeding salty foods.

How to Feed Swans

Carefully! Swans are big birds, and they can be very territorial and quite aggressive. You don’t want to be pecked by one, and they are quite capable of breaking an adults arm if they feel threatened. So give them some respect and space when you feed.

On the Water. Be sure to always throw food into the water and don’t encourage swans to come out onto the bank to get it. Comming out of the water uses precious energy which they have to work so hard to build up. And out of the water, they are also more vulnerable to natural predators and dog attacks.

Offer floating food. Another reason why specialist swan food is s good idea is that it will float for longer than most other things. This allows the swans to use their proffered surface feeding method. It also means that more of the food will get eaten, with less sinking to the bottom and being wasted.

We’ve seen that food offered by humans, while not quite as good as a natural diet, has become a valuable extra source of nutrition for swans.

Bread and a range of other kitchen scraps are fine to feed. Specialist Swan food offers the best balance of nutrition and floats best, letting them feed naturally.

It’s great to know that, far from harming wildlife, we can still enjoy feeding with swans and ducks and we are helping them.

We hope you’ve enjoyed this post and found it useful. If you have any questions, suggestions or swan stories, we would love to hear them. Leave us a comment below.

And for more articles on our wild and garden birds, why not visit our bird library here.

1 thought on “What To Feed Swans | Is it Safe To Feed Them Bread?”