The Ultimate Guide To Angora Rabbits 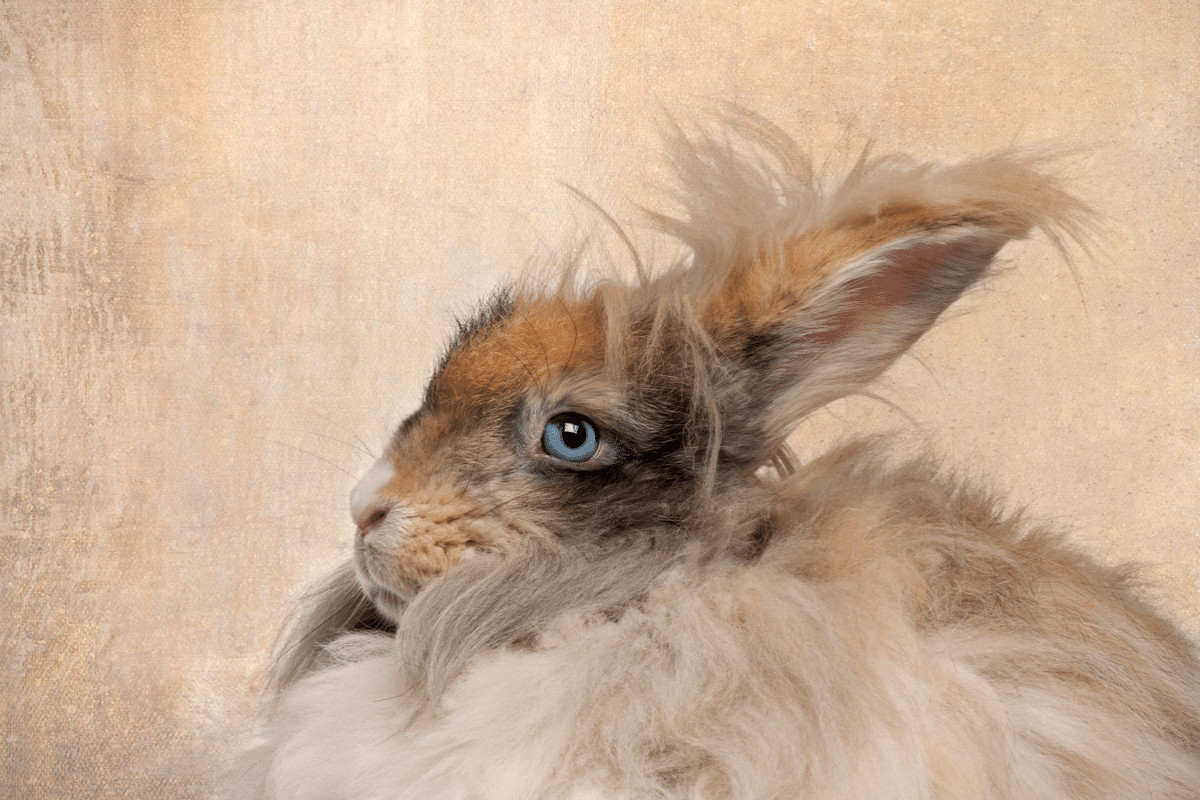 Angora rabbits are prized for their lush wool, but also their refined appearance. They’re more than just a fluffy face, though. Angoras are a unique combination of intelligence, playfulness, and gentleness. Do you know your Angora facts?

Soft, silky, and distinctively fluffy, an Angora may remind you of a child’s toy. They’re anything but. Angora breed rabbits require a lot of care to keep them healthy and clean. They can also be physically delicate. But for the right owner, an Angora rabbit can be an excellent pet.

The Angora rabbit originated in Ankara, Turkey. No one is quite sure how old the breed is, but some experts believe their origins could go back as much as 1,000 years.

Rabbit breeders brought the Angora to France in 1723. They quickly became famous maong French royalty and spread rapidly throughout Europe in the 18th century. Garments made from these rabbits’ wool became popular in the United States in the first part of the 20th century.

Also, there are some breed-specific variations.

Although every bunny is an individual, different rabbit breeds tend toward certain qualities.

Angoras are intelligent, curious, docile, and friendly. The breed is generally even-tempered, and Angoras enjoy interacting with their people. This is good because long hair requires a lot of regular grooming!

At the same time, many Angoras do not enjoy being picked up. They may look like a toy, but children should take extra care to respect an Angora’s boundaries. Like any rabbit, an Angora may become aggressive when frightened.

Learning how rabbits communicate can help your family bond with your Angora in a way that’s friendly for all of you.

Caring for an Angora Rabbit

How can you keep your Angora bunny looking and feeling its best? Have a look.

Fibre helps food to move through a rabbit’s digestive tract. This is imperative to prevent wool block.

Angoras need more protein to meet the energy demands of growing their wool. Pellets are a good source of protein. However, they should not make up the majority of any rabbit’s diet.

Feed an Angora rabbit a diet of 70 to 80 per cent hay, and a maximum of ½ cup of pellets per six pounds of body weight.

Regular inspection and brush-outs can help to prevent wool block, detect parasites, and keep your bunny’s fur clean and free of wool mats.

Every day, check your bunny’s fur for tangles and mats. Pay special attention to the backside.

Give your adult rabbit’s wool a brush-out with a wire-bristle slicker brush twice a week. Be careful not to brush the skin with the bristles, as bunny skin is very delicate. Don’t pull at fur mats or tangles. Instead, cut them out.

Watch an Angora getting a brush-out here:

Clip your rabbit’s nails every three to four weeks, using rabbit nail clippers. Most rabbits hate having their nails trimmed, so using the right equipment can make the process faster and easier on both of you.

Don’t bathe your bunny. It’s stressful for the rabbit, and can also cause shock, or even hypothermia. If your rabbit has difficult grooming itself due to age or infirmity, you can use rabbit-safe pet wipes to clean urine and faeces from its wool.

A hutch is not enough for any rabbit. In addition to the right size hutch, rabbits need to have daily access to a run or other exercise space.

In general, every rabbit needs:

Inspect and clean your rabbit’s enclosure regularly to make sure it’s safe and in good repair.

Are You Ready for an Angora?

Whether you prefer the diminutive English Angora, the famous French Angora, or the enormous Giant Angora, the Angora breeds can make excellent pets. But it’s essential to give them the right care, especially when it comes to their distinctive wool.

Do you have an Angora rabbit? Tell us a story about them in the comments!