How to Introduce Guinea Pigs to Each Other 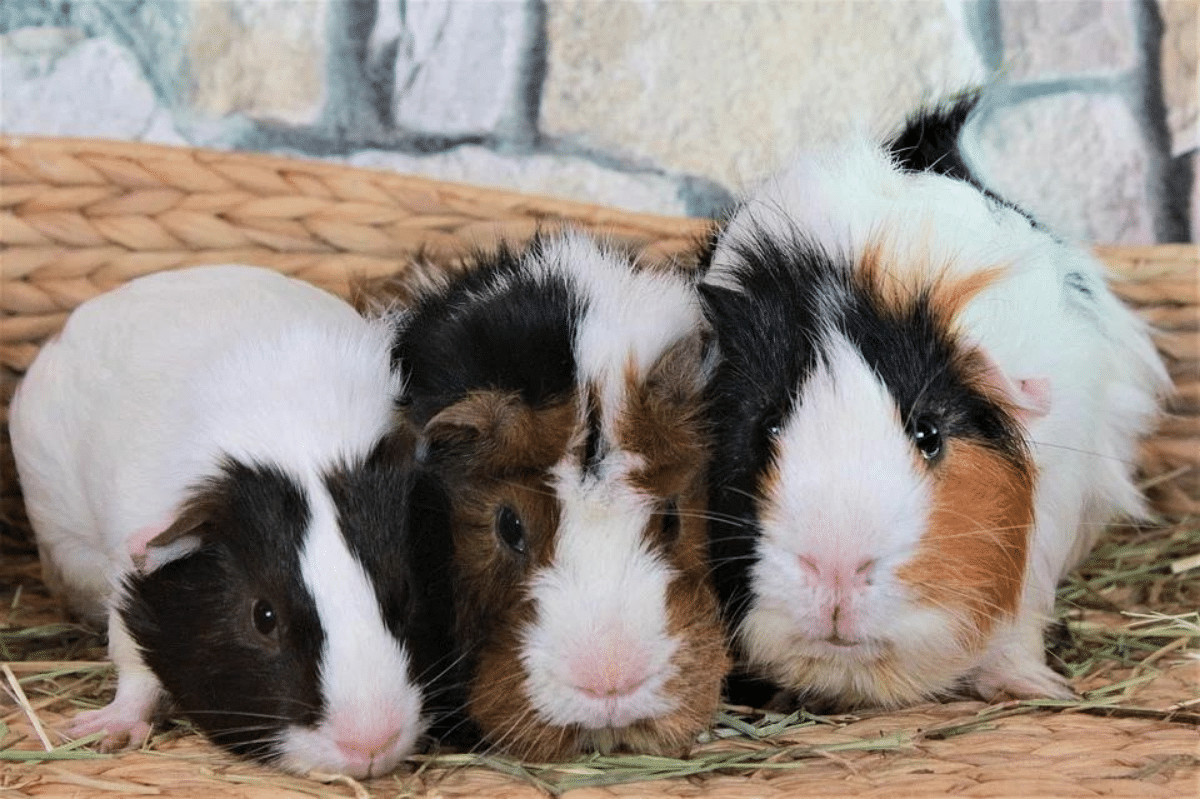 Cavies, piggies, squeaky loaves, wheekers, furry potatoes, grass guzzlers, or just good old guinea pigs, these puffy clouds of adorableness love spending time with their humans. Still, they are at their happiest in the company of other cavies.     Whether you’re the proud parent of one guinea pig or a herd, there will undoubtedly be a time when you’ll introduce a new member to your furry family.

Both procedures are performed under anaesthetic. However, because spaying is more complicated, having your males neutered is the better option.

Pairing guinea pigs correctly from the start. Of course, other factors play a role in how well they get along, but those need to be dealt with on a case-by-case basis.

7 Things You Should Do When Introducing Guinea Pigs

Right! You know what a boar, sow and pup are, you’re familiar with the terms ‘spayed’ and ‘neutered’ and you have an idea of what guinea pig pairings have the best chance of working. Now it’s time to do the introducing. While the bonding process can be relatively straightforward and go off without a hitch, this isn’t always the case. Our advice is to have a plan, be patient, and persevere.

Make sure you know the genders of the guinea pigs being introduced. Unfortunately, this isn’t as easy as you might think. To be absolutely sure, ask your vet or your local rescue centre to assist, as this is one of the most critical steps when you’re introducing one or more guinea pigs for the first time.

2. House your new guinea pig in a temporary enclosure

When you bring a new guinea pig home, you must keep it in a temporary enclosure that’s separate from your existing piggies. This quarantine period gives you the chance to make sure your new piggy isn’t pregnant or sick. If after two to three weeks all looks well, you can start gradually introducing the latest addition to the rest of the furry family.

3. Make sure their first meet-up is on neutral territory

Guinea pigs are friendly, but they have a tendency to be a bit territorial. For the process to go as smoothly as possible, you must create a safe, neutral area before you make any introduction. This way, your new piggy won’t be seen as a space invader and will have a better chance of being accepted.

It’s a good idea to get rid of existing smells on your guinea pigs as well as bedding, food bowls, water dispensers and toys.give your piggies a bath and wash or replace bedding to remove scent markings. Another handy little tip, which works really well, is to place a small drop of lavender oil on the back of your guinea pigs’ neck. This not only calms them down, but it also disguises their scent while they’re around other piggies.

Never leave your guinea pigs alone during the introduction phase. You will need to keep an eye on how they’re getting along and be prepared in case a fight breaks out. Have a towel on hand, or if you prefer, a pair of oven or garden gloves, in case they lash out at each other. Their teeth are sharp, so it’s a good idea to protect yourself from any collateral damage.

It’s not always easy to tell when guinea pigs need to be separated, but you should be able to tell by the sounds they make and their body language. Signs that things are going well include:

On the other hand, if you notice your guinea pig’s teeth chattering, or there’s a lot of hissing, whining and growling going on, it could mean a fight is about to break out.

6. Monitor your guinea pigs’ throughout the process

Even if things are going well in the introduction phase, you will need to monitor your guinea pigs’ progress for the two to three hours. You may notice one or two piggies trying to assert their dominance, but this is totally normal. Keep them entertained with plenty of treats and toys, and make sure there are enough to go around.

7. Putting your new piggy in the hutch

If after a few hours, things are going well, you can place your new guinea pig in the enclosure with the rest of the gang. However, if any territorial fights break out, you’ll need to be close by to separate the feuding furries. Having clean (unmarked) bedding, tunnels and toys in the hutch will reduce the risk of this happening, as will placing enough food and treats around the hutch.

Try to rearrange things in the hutch so there’s a free flow of movement. This will stop your guinea pigs feeling cornered or caged in and stop potential squabbles happening. Don’t stress too much if one of your existing guinea pig’s displays a little bit of dominance. Your new guinea pig needs to know who’s boss, who’s friendly and who needs to be avoided. Finding this out early on will help the newest member figure out its place in the pecking order.

What To Do If Your Guinea Pigs Don’t Get Along

If you follow our 7 steps, the introduction should go smoothly, and everyone lives happily ever after. Unfortunately, there are instances where two guinea pigs quite simply don’t like each other. When this happens, you need to take action, as leaving them to their own devices could result in one of them getting seriously injured, or even killed.

A good idea is to use wire meshing as a partition to separate them. This allows them to still see each other and chat, without getting annoyed or irritable. This also works if you have unspayed females and unneutered males or if one is continually pestering or bullying another guinea pig.

You could, if you notice relationships are improving between the bickering piggies, remove the mesh and see how things go. If they still come to blows, it’s still perfectly okay to keep them together with the partition in place.

Introducing Guinea Pigs At a Glance

If you need a quick reference, our introducing guinea pigs at a glance will definitely help. Keep these handy tips close by on your fridge or on your phone.

It’s essential to manage your expectations when you first introduce guinea pigs. In the same way some people take a while to get used to one another, so too do guinea pigs. Patience and perseverance are key, and allowing them some time out is entirely normal.

Have you introduced a new guinea pig into the herd? How did it go? Let us know in the comments below.