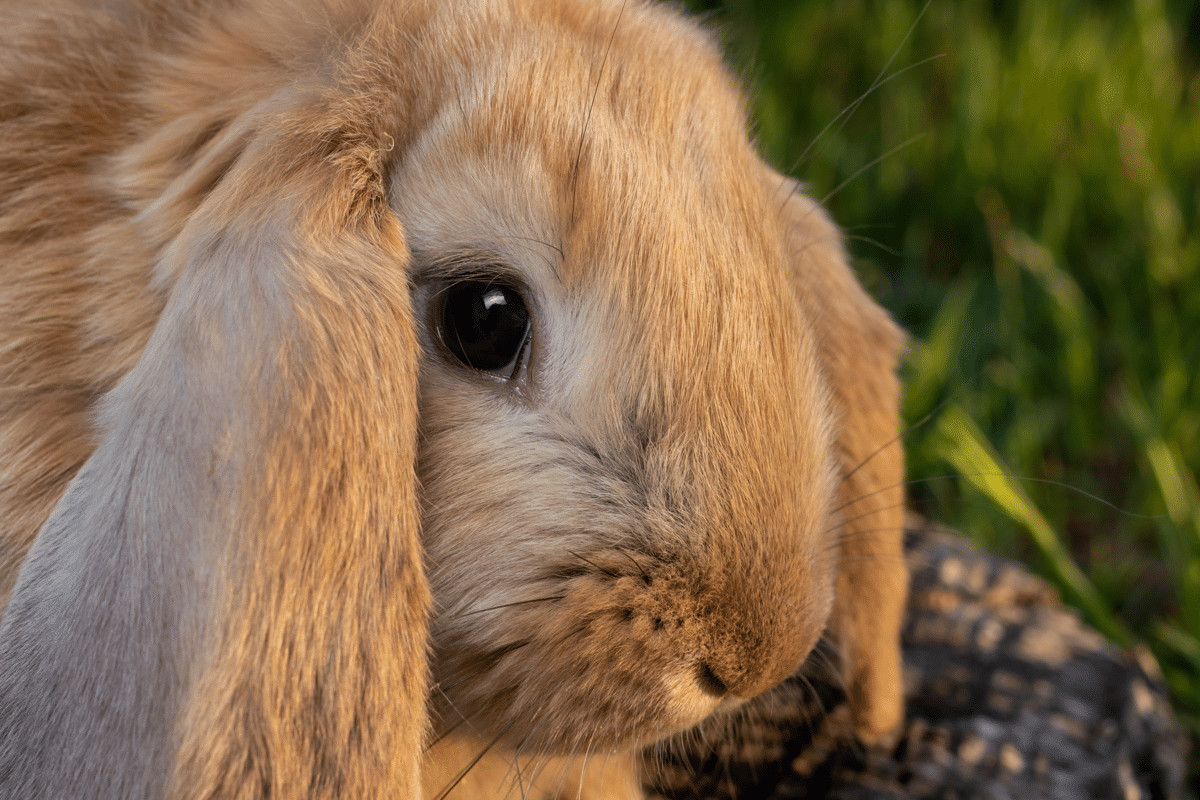 You’ve heard about the English Lop and the Mini Lop. What about the French Lop? How many lop breeds are there, anyway? Actually, there are about a dozen. But these French rabbits stand out in a number of ways. How? We’re going to tell you.

Where Did the French Lop Come From?

Some lop breeds, like the Mini Lop, are relatively new. The French Lop breed, though, dates back to around 1850 in, you guessed it, France.

The French Lop is a large rabbit. They were originally created as meat rabbits, by crossing the English Lop with the Flemish Giant.

British breeders visiting the Netherlands noticed the French Lop in 1933, and brought specimens back to Britain for an exhibition. By the 1960s the Giant French Lop had become a mainstream pet in Britain. French Lops came to the United States as pet rabbits in the 1970s.

Today the French Lop is recognized by both the American Rabbit Breeders Association and the British Rabbit Council.

The Giant French Lop is large and stocky. It weighs an average of ten to twelve pounds (around five kilograms). That’s twice the weight of many pet rabbit breeds. And French Lop rabbits can get even larger than that.

The French Lop is heavy-boned and muscular with a big head and short front legs. Its coat is soft and thick and can be either solid or broken. French lops come in a variety of colours, including fawn, agouti, chinchilla, and black.

Individual personalities vary, of course, but overall, French Lops are gentle giants. This bunny has a mellow, placid disposition, and tolerates both children and other animals well.

Owners should take care, however, as every bunny will kick and struggle when it’s frightened. The difference is, though, that French Lop rabbits are large and muscular enough to cause damage when they do.

Like all rabbits, the French Lop needs a diet that consists of mostly fresh hay. In fact, every bunny should eat its body weight in hay every day. Munching on hay helps to keep a rabbit’s constantly-growing teeth in check, and its digestive tract moving smoothly.

Pellets, treats, and rabbit-safe fruit and vegetables can supplement your rabbit’s diet. However, they shouldn’t make up more than ten per cent of your rabbit’s daily intake.

Also, make sure your rabbit has access to clean, fresh water at all times.

Caring For Your French Lop Rabbit

With proper care and shelter, French Lop rabbits live for an average of five years. Here’s how to keep your bun in tip-top condition.

The French Lop is a short-haired rabbit breed. This is good news in terms of grooming. You won’t have to have an elaborate detangling ritual, but that doesn’t mean that your French Lop doesn’t need regular attention.

Perform an all-over check once a week. Look for:

Age, weight, injury, and other conditions may make it hard for your rabbit to groom itself. Clean your rabbit with pet-safe wipes if necessary.

Also, clip your rabbit’s nails once a month with pet nail clippers.

Short-haired rabbits don’t need a lot of brushing, but many enjoy it. So have a slicker brush on hand to give your French Lop a treat.

French Lops, by and large, enjoy being stroked and held, though individual personalities vary. Because of their size and heavy build, French Lops are less delicate than many other breeds.

At the same time, that doesn’t mean you shouldn’t be careful. The French Lop is large, but it’s still a prey animal. This means that it may kick and fight when frightened. And this breed is large enough to do some damage.

French Lop rabbits can live happily in your house or outside. The important thing, though, is that they have adequate living space. Every rabbit needs at minimum:

For a large breed like the French Lop, this means a massive hutch. As large a house as you can buy, and nothing smaller than six feet long.

And, as we’re fond of saying, a hutch is not enough. Your French Lop will also need an extra-large run or other space where it can stretch its legs.

All rabbits need to hop, dig, run, and stretch their legs.

The French Lop is a vigorous, muscular breed that needs two to three hours of out-of-hutch exercise time per day at the minimum.

French Lops are very sociable and love to interact with their family. Make sure to have some toys and activities on hand to make exercise sessions a time for family fun and bonding as well.

French Lop rabbits may be big pets, but they’re still rabbits. So rabbit-proof any areas where they will be.

If that’s outdoors, make sure the enclosure is dig-proof and chew-proof. If your Frenchie lives in the house, cover electrical and data cords, and guard your furniture legs.

Are You Ready for a French Lop Rabbit?

The French Lop is unique among pets. It’s a friendly, gentle giant that loves to interact with people and other animals. At the same time, it’s a large, powerful animal that needs a lot of exercises and special attention to rabbit proofing.

Do you have a French Lop rabbit? Does the breed present any special challenges our readers should be aware of? We’d love to hear about it in the comments!

1 thought on “The French Lop Rabbit”