Why Are Hedgehogs Important? 6 Good Reasons Why Hedgehogs Are Special 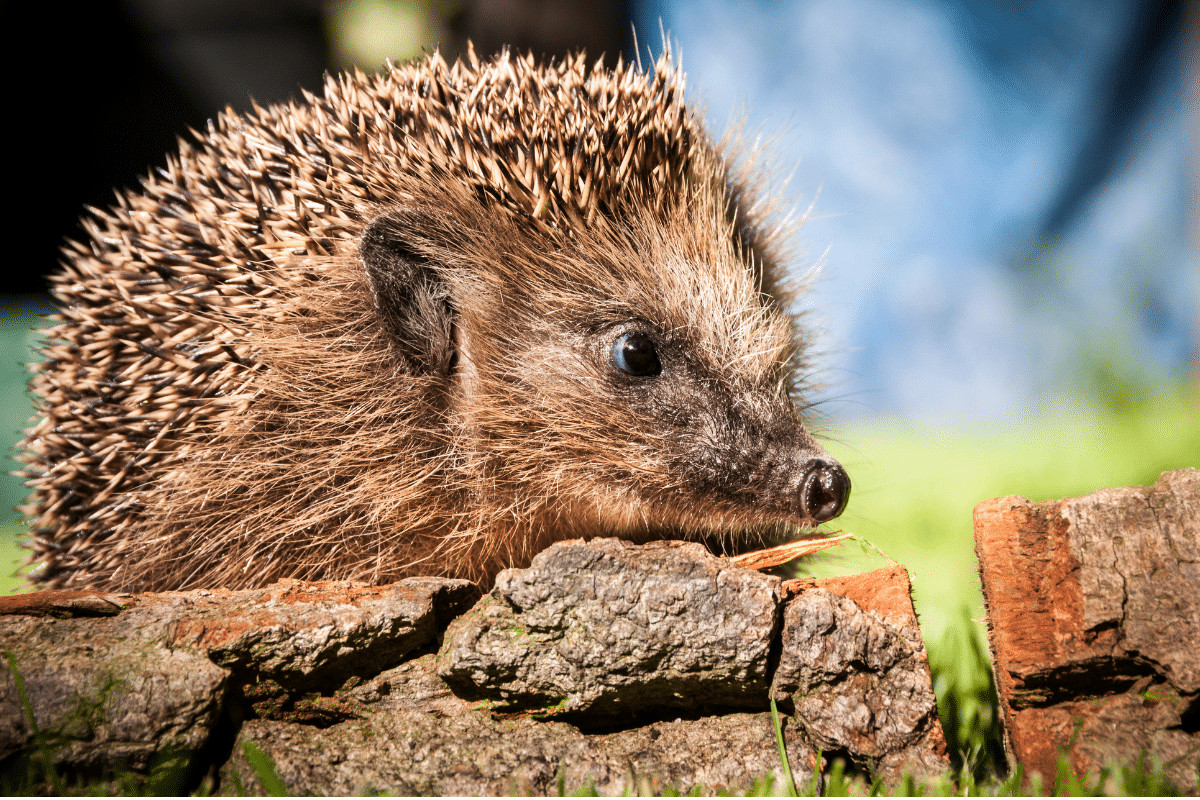 Of course, every creature on the planet is special (yes, even slugs!) and deserves the right to live out its life as nature intended. Hedgehogs are in decline and need our help. But lots of other wildlife is in the same situation. So why do the hedgehogs in our gardens get so much attention? Why are hedgehogs important? Here are just a few good reasons.

Hedgehogs have been around for over 15 million years. They were evolved to pretty much their current state before the woolly mammoth and sabre-toothed tiger walked the earth.

How do we know the modern hedgehog evolved so long ago? Well, hedgehog skeletons bear a strong resemblance to prehistoric creatures, particularly in the skull and teeth. And hedgehogs dominant sense is their sense of smell, which was common in ancient creatures, with sight tending to dominate in creatures that have evolved more recently.

Whilst it would certainly be sad to see an animal that has got on well for all those millions of years wiped out in a few decades on our watch there is more to it than that.

Because they have remained unchanged for so many millions of years hedgehogs are living history. They exhibit features that have evolved out of more “modern mammals – their hearing is just one example of this.

One of the most important thighs about our hedgehogs is that they are an indicator species. They act as a barometer for the health of our local environment.  Click To Tweet

Hedgehogs could be holding all sorts of information about evolution that simply can’t be gathered from creatures that now exist only as fossils.

Hedgehogs are the UK’s only spiny mammal. It’s a unique defence mechanism. Whilst other creatures have developed camouflage, or the ability to run from predators or teeth and claws to fight back the hedgehog relies on her prickly coat of over 5000 spines to keep her safe.

Those spines have done a pretty good job for millions of years. The only UK animal able to tackle a healthy adult hedgehog is that badger. Sadly though spines are no defence against a moving car or strimmer.

But a hedgehog’s spines don’t just offer protection from predators. They have some other useful functions too: buoyancy aids and shock absorbers are just two.

Hedgehogs are one of just three animals in the UK that hibernate. The other two being dormice and bats.

Hibernation is the hedgehogs’ way of getting through the winter months when food supplies are scarce. Hibernation is very different to sleep. It’s a state of almost suspended animation where the hogs bodily functions slow down to almost stopping point in order to conserve resources.

Hibernation is just one more of the hedgehogs’ ancient traits and it’s starting to get serious attention from scientists.

Researchers are now looking into how hibernation might be used in humans to aid space travel or help in recovery from major physical trauma.

It seems that humans share with hedgehogs the physical equipment needed to hibernate. And even though we don’t use it now, there is some evidence that early humans may have hibernated in much the same way as hedgehogs, to get through harsh winters.

A hedgehog will eat food equivalent to 20% of her own body weight in one sitting during the run-up to hibernation. That’s equivalent to an average man eating 112 quarter pounders in one meal. It makes me wonder what astronaut training might look like in the future!

Another of the hedgehogs’ surprising adaptations is their ability to resist the effects of venom. Snake bites – pah! Who cares?

Now in the UK, our only venomous snake is the adder. An adult adder grows to between 2 and 3 feet long. Not a tiny snake, but it’s still doubtful whether it could actually penetrate the spines of a full-grown adult hedgehog. So maybe for UK hedgehogs, the problem doesn’t come up that much. But hedgehogs around the world have more fearsome slitherers to contend with and there is plenty of evidence of the hog’s poison resistance.

Although hedgehogs aren’t completely immune to the effects of venom, they are much less affected than other mammals of a similar size. And when they are bitten during hibernation their protection increases dramatically.

How do they do it? Studies of hedgehog muscle plasma have found a  macroglobulin proteinase inhibitor called erinacin which inhibits the effectiveness of venom. It’s not surprising to find that this aspect of the hedgehog is also very interesting to science.

Why do they do it? Well, there is speculation that this adaptation may be more about enabling the hedgehog to have a varied diet. It’s not just snakes that are venomous. Frogs toads and some spiders can deliver a shot of poison too. The hedgehog is able to eat these with no ill effects. They can even eat small snakes and slow worms.

5. Part of The Ecosystem

This video explains it really well. Wolves were removed from Yellowstone national park in the US because they kill lots of other species – including occasional tourists. They were absent for 70 years and this is what happened with the wolves were re-introduced.

I love this video because although it shows the damage we can do to the ecosystem by tampering with it, it also shows how quickly things can recover when the natural order is restored. It’s a very hopeful story.

But we’re talking about hedgehogs, not wolves, you may say. The truth is though we don’t know what role hedgehogs play in the ecosystem. The interrelationships are too complex for us to fully understand them. But whatever role they do play we can be sure it is in some way vital to maintaining the balance that all life, including us humans, depends on.

One of the most important thighs about our hedgehogs is that they are an indicator species. They act as a barometer for the health of our local environment.

Unlike some other wildlife, Hedgehogs aren’t fussy, they don’t depend on just one food source, or get adversely affected by small changes in the weather.  Hedgehogs enjoy a varied diet and are pretty flexible about what they eat, they are also able to live happily in lots of different environments.

When hedgehogs are thriving it’s reasonable to assume that other creatures will be too. All is well in the local environment. A thriving hedgehog population indicates a plentiful supply of invertebrates, good diversity of habitat and connectivity of the natural environment. These things are important to a whole range of wildlife, not just hedgehogs.

Where hedgehogs are in decline, as they are in much of the UK today, this is likely due to a paucity of invertebrates, dwindling and fragmented habitat. These factors are all indicators of generally poor environmental health which will eventually impact other species, including us humans.

So hedgehogs really are important. And better still helping hedgehogs will help a whole host of other wildlife too.

It’s easy to help hedgehogs in your garden:

And if you are interested in helping hedgehogs beyond the bounds of your own garden think about getting involved with one of these organisations:

The Peoples Trust For Endangered Species

All these organisations do excellent work in the fight to save hedgehogs, raising awareness and working to influence government policy.  They need all the support we can give them.

Thanks again for reading. If you have questions or suggestions we would love to hear them. Leave us a comment below. 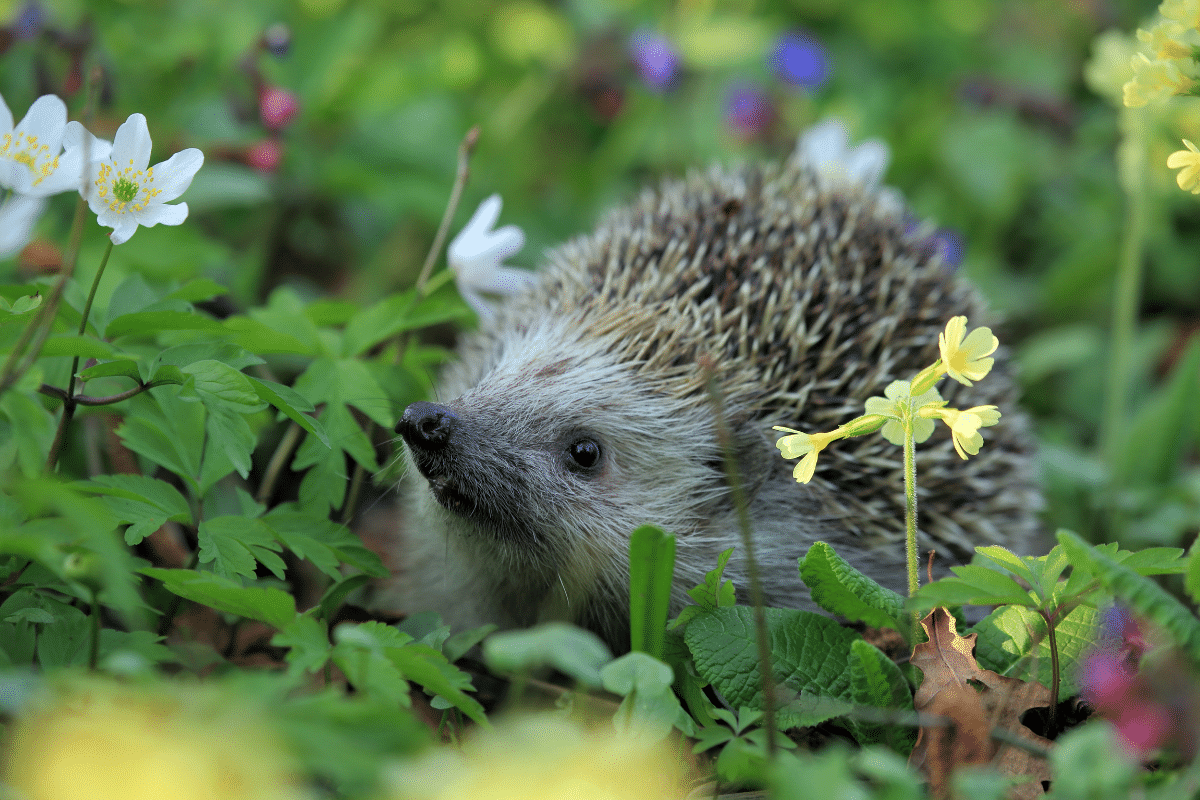