How Do birds Mate? 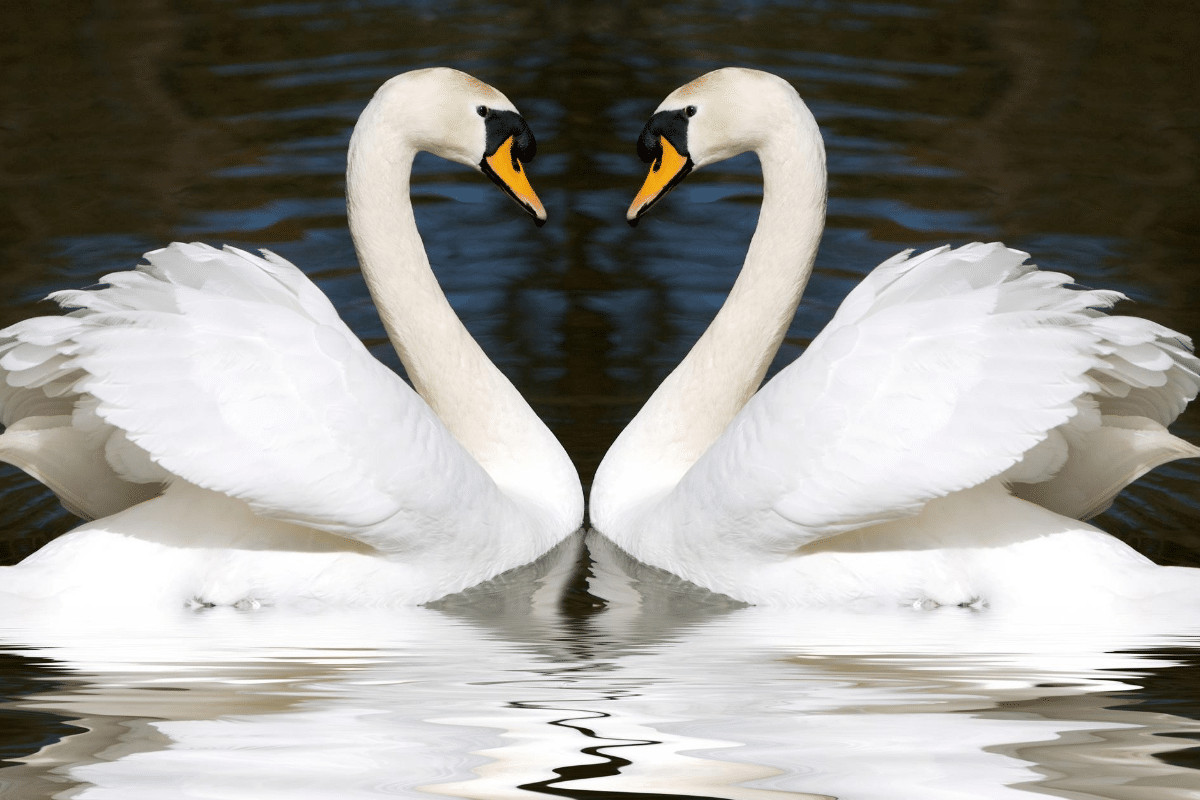 Birds do it, bees do it, even educated fleas do it. But hang on a minute, exactly how do birds mate? Well, most birds do things a bit differently from us humans.  In most songbirds, even the equipment is different and uniquely adapted to the needs of the species. Like everything in nature, it’s fascinating stuff. Let’s take a closer look.

How Do Birds Mate?

Most birds mate by a cloacal kiss. Male birds do not have a penis. Both male and female have an avian vent or cloaca. They mate by briefly touching cloacas so sperm can pass from male to female. Ducks, swans and most waterbirds do have penises and mate through penetration.wild

First of all, most birds are made differently to mammals. Males do not have penises, and from the outside male and female birds” sexual equipment looks the same.

Both male and female birds have a cloaca or avian vent. This is an opening just below the tail which lets sperm, eggs, faeces and urine out. And in the case of the female, lets sperm in.

Inside the body, males have testicles, and females have just one ovary.

Birds’ reproductive organs change during the year. As seasonal temperatures, light levels and food availability signal the start of the mating season the cloaca swells and expands.

Once breeding is done, the cloaca and other reproductive organs shrink to minimise weight for flying and migration.

The Act of Mating

Bird courtship may be fascinating with brilliant plumage, beautiful songs and impressive dances. But the sex act itself for birds is nothing to get excited about.

Male birds have no penis, so there is no penetration. Birds mate with what is known as a cloacal kiss.

The male mounts the female from behind, balancing on her back. She arches her back and moves her tail to one side. He hunches over, and their cloacas touch for just a second. During this brief touch, the male releases sperm which enters the female.

The balancing act is tricky, and it may last a while so that the birds can have more than one cloacal kiss, increasing the chances of insemination. Scientists believe that just 1-2% of the sperm ejaculated makes it into the female. So, quite a few kisses are probably needed.

Once insemination has happened, the female may start producing eggs in a couple of days. Or it maybe months. She is capable of holding on to sperm within her body until the conditions are right for nesting.

Although some males will leave straight after the sex act and have nothing to do with nesting and raising chicks, most of our songbirds to nest and rear as a family.

So Are Birds Exclusive?

Many birds do pair up for one mating season, for a year or life.

But this may not mean they are sexually exclusive.

Because of the need to ensure insemination birds will mate several times, with different partners during the season.

So when the female’s body clock tells her the time is right to start producing eggs, she may well have sperm from several different partners inside her. So the eggs she lays may have several different fathers.

It gets better. Because birds of the same species build nests that look quite similar, it’s not uncommon for a female to lay her eggs in more than one nest.

The result is that two birds may raise some chicks that aren’t biologically related to one or both of them.

But this doesn’t cause any drama or rejection of the “step chicks”.

So experts say that birds bond socially rather than sexually – it’s a feathered “open relationship.”

Ducks Do it Differently.

When you think that on dry land, a cloacal kiss only gets 1-2% of sperm into the female, you can imagine how low the success rate would be on the water.

So, nature gave male ducks, swans and most water birds a penis.

This is an extension of the cloacal wall which becomes erect for mating.

Mating happens on the water. The male climbs on top of the female and holds her under the water briefly as he penetrates and inseminates her.

It’s a much more practical method for water birds.

If you spot birds mating, you are sure to want to stay and watch. This is fine. They are going to be too occupied during the act to take much notice of you.

But please be sure to keep quiet and keep your distance.

You don’t want to interrupt them in the act. And more importantly, birds often nest near where they mate. When nesting, they are very alert to potential dangers around them. If you disturb them, you may cause them to abandon a suitable nesting site. This could mean their brood will fail. It could also mean you miss out on seeing the chicks later in the year.

So whoever said no one ever got pregnant from kissing didn’t know much about birds did they!

We hope you enjoyed this article and found it useful. If you have questions or birds and bees stories, we would love to hear them. Leave us a comment below.

And for more on the beautiful world of birds visit our garden bird library here.