When Do Birds Start Nesting? 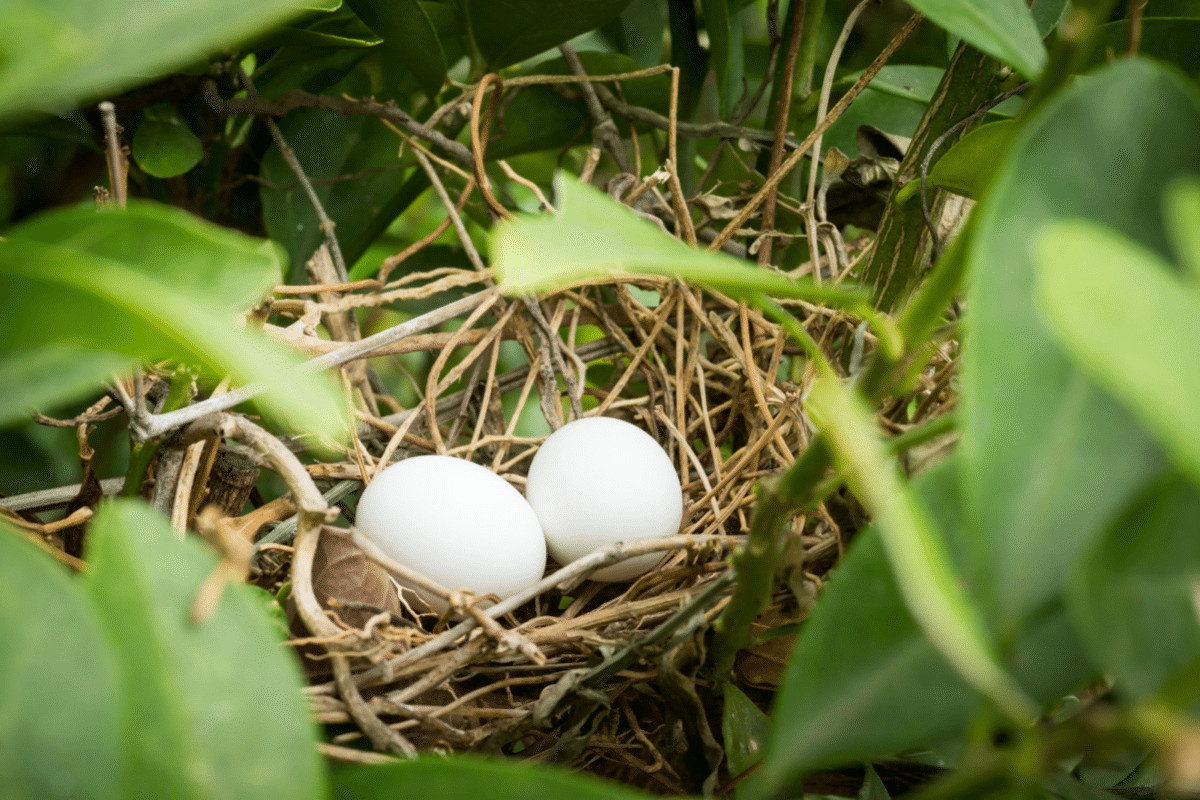 It’s a good question, and as with many things in nature, the answer is “It depends”. There are a lot of factors that determine when birds start nesting. These include the weather, the species of bird, the age of the individual bird, how long the bird takes to build its nest and how long chicks take to fledge.

In this article, we are going to take a look at which birds nest when, and why. We’re also going to look at what you can do to ensure you don’t disturb the nesting process.

When do Birds Start Nesting?

In the UK Natural England defines the nesting season as starting in February and running through to August. The busiest period is from March to July.

Some birds start earlier than February, and others nest all year round.

This wouldn’t pose too much of a problem if nature was synchronised. If the plants and insects that birds feed on were also emerging earlier in the year. But if this doesn’t happen, if the birds start nesting before there is food for them and their chicks, then we have a problem.

The winner of the Early Bird race is the Crossbill. This species, mainly found in Scotland, regularly nest in January, which sounds like a terrible time to be bringing baby birds into the world. But It works for them.

And by March things are hotting up with Blackbirds and Robins being probably the first of our common garden birds to start nesting.

Why Do Birds Nest Early?

There are lots of reasons.

For many, it’s about food. The Crossbill, for example, feeds on conifer seeds, which they extract from pine cones with their uniquely shaped beaks. These are available in January, so for them, January is a great time to raise a family.

Blackbirds love worms. These are much easier to pull out of soft, damp winter ground than the hard-baked earth of late spring or summer.

Pigeons, who as we know eat pretty much anything, nest right though the year.

For other species, it’s about nest building.

The long-tailed tit builds one of the most amazing and elaborate nests in the avian kingdom. It takes ages so that even though it starts building in February, the first eggs usually aren’t laid until April. Other birds, like the grey heron, for example, get a head start because they often don’t build a nest at all, they just patch up one from last year.

Some birds need to get going early because their chicks will spend so long in the nest. Again, grey heron chicks take 8 weeks to fledge, so its a good job their pedants start work early.

And some birds get an early start because they save time on courtship. Rooks, for example, mate for life. So there is no time spent finding a partner each year, and they can start nesting in February.

There are differences in nesting time between species, but within the same species, different individuals often start nesting at different times. And it’s often the older birds who start to nest first.

Experience means that the older birds will be quicker in finding a suitable nesting site, finding a mate and building a nest.

Starting earlier in the year also means that these more experienced birds have time to raise two or even three broods in one season.

Who’s Late To The Party?

There are 2 groups of birds which tend to start nesting later than the rest.

Summer Migrants. Birds which migrate to the UK for the summer, such as swifts, swallows, martins and sparrows nest in April or May. The reason for this is simple; before that, they are still travelling.

Seed Eaters. Not surprisingly, birds that mainly eat seeds, like the finch family, tend to start nesting later, when they can be sure of a decent supply of their chosen diet.

Even though these birds start late, they still often manage to get 2 or even three broods raised within a season.

How Can You Support Nesting Birds?

Many of our native and visiting wild bird species are in decline. Nesting is a critical time of year for them. So we must give them all the support we can during the nesting season.

Here’s how you can help.

Probably the most important thing you can do is to avoid disturbing nests. It is a criminal offence in England to knowingly or recklessly disturb an occupied bird’s nest.

During nesting season you should:

Nesting and breeding are hard work for birds. They need to eat a lot to keep up their energy during nest-building and egg-laying. And if all goes well there are all those hungry little beaks to feed.

So, if you can provide some extra food and of course freshwater you will be helping to make their lives that much easier.

Intensive farming, deforestation, modern building practices and over-tidy gardens have all made it more difficult for birds to find a place to nest.

Reverse the trend by providing a range of nesting boxes in your garden.

You can also help by making sure your garden isn’t too tidy. Holding back on cutting back trees and shrubs can provide more natural nesting sites.

Deciding to leave the garage or garden shed door open for the summer can offer a home to swifts, swallows and robins.

And if you leave leaf litter, moss and even pet hair around your garden you will help to provide nesting materials.

In this article, we have seen that different birds start nesting at different times, depending on a whole range of factors.

We’ve seen that although the primary nesting season starts in March some birds nest as early as January, and for all birds, the season is starting earlier due to climate change.

Nesting is a critical activity for wild birds, and there is a lot you can do to support them in getting the next generation hatched and on their way.

We hope you’ve enjoyed this article and found it useful. If you have any questions or suggestions, we would love to hear them. Leave us a comment below.

And to receive our garden bird articles straight to your inbox each week, sign up for our newsletter.