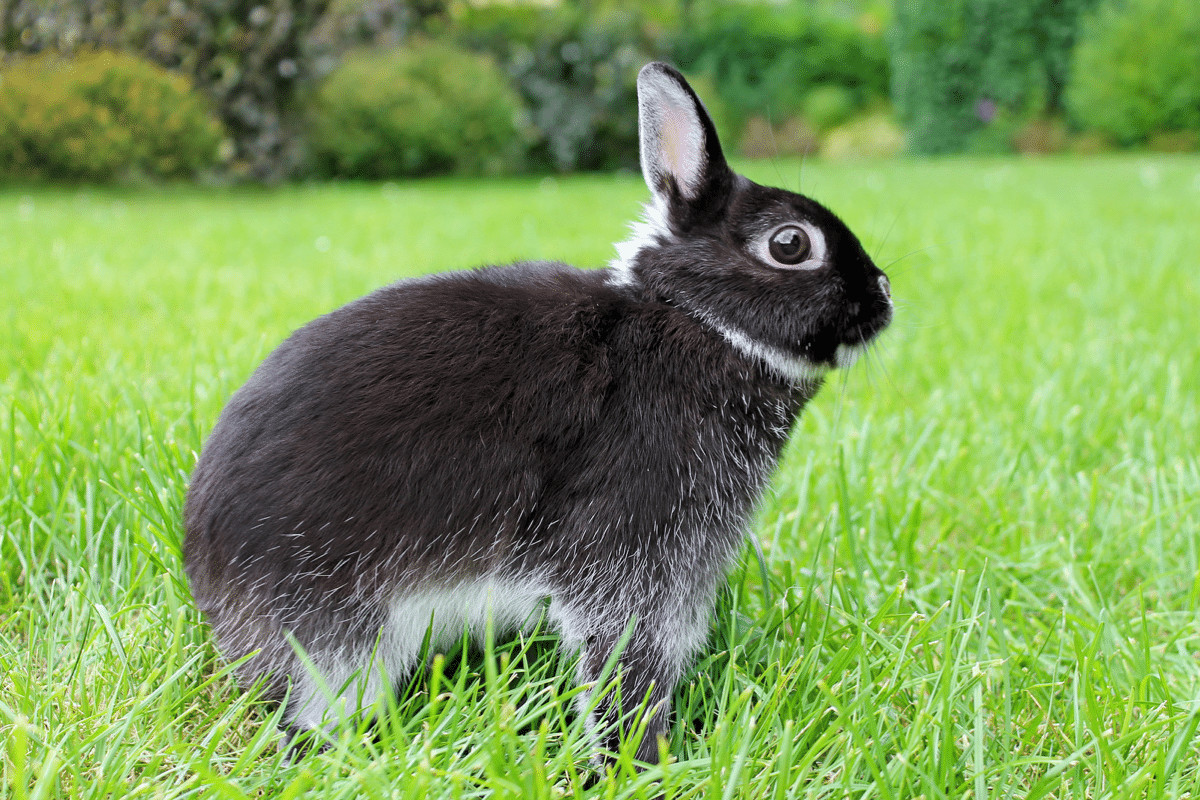 It’s a fact: the Netherland Dwarf is one of the most popular rabbit breeds in the world. These rabbits may be small in stature, but they’re big in personality. They also have some special needs as far as care.

The Netherland Dwarf is one of a handful of dwarf breeds. It’s the smallest of these breeds, but owners will attest that they’re among the feistiest of all pets. You’ll know this breed by its small size, short, high, upright ears and its flattened face.

Thirty years of selective breeding went into the creation of the Netherland Dwarf. A group of pet rabbit breeders in the Netherlands bred the Hermelin (or “Polish Rabbit”) with native wild rabbits, in an attempt to create a new small pet rabbit breed that came in a large number of pleasing colours.

The result of this attempt was a mighty mini that is not only smaller than other dwarf rabbits but which does, indeed, come in an astounding variety of colours.

Netherland Dwarf rabbits achieved recognition in the Netherlands in 1940, in Britain in 1950, and in the United States in 1969.

Netherland Dwarf rabbits typically have short, stubby (“cobby”) bodies and flat, brachycephalic faces. Their ears are also short and set high on the back of the head.

Netherland Dwarf rabbits have short, thick fur that can come in a wide variety of colours, including:

You might hear the terms “true dwarf” and “false dwarf.” These terms refer to naturally occurring variations in the Netherland Dwarf rabbit breed. “True dwarfs” have the flat face, small ears, and cobby body that typifies the breed. “False dwarfs” have longer bodies, faces, and ears.

A litter of Netherland Dwarf rabbits  will have both true and false dwarf kits. Breeders often breed “true” dwarf bucks with “false” dwarf does in order to decrease the number of rabbits with two dwarf genes. Such kits are born malformed and die within a few weeks.

Some have described Netherland Dwarf rabbits as “sassy,” or even the Tyrone Lannister of rabbits.

A Netherland Dwarf rabbit may be cute and fluffy, but it’s no toy. In fact, although individual personalities can vary, this breed’s general character makes it an unsuitable pet for children.

Because wild rabbits made such a large and recent contribution to the breed’s genetics, Netherland Dwarfs tend to be skittish. They generally don’t like to be picked up or held, and they’re quick to bite and scratch when frightened.

This is not only bad for the child. Like other dwarf rabbits, Netherland Dwarfs have very fragile bones and can suffer serious injuries if it falls or struggles against being held.

Dwarf breed rabbits can, however, make excellent pets for adults, especially in a quiet home. They’re intelligent, quiet, clean pets, and they thrive with the right kind of attention. They don’t need as much grooming as long-haired pets, and they can learn to use the litter box and even do tricks.

The most common health problems for this breed stem from breeding itself.

Netherland Dwarf rabbits are brachycephalic. That is, breeding has flattened the face, just like the faces of Pugs and Persian cats.

This makes the breed susceptible to malocclusion. Rabbits’ teeth grow continuously, so it’s important that their upper and lower teeth line up so that they wear down evenly. But in many Netherland Dwarf rabbits, the lower jaw sticks out farther than the upper jaw.

As a result, the teeth overgrow. This can cause cuts in the mouth, abscesses, infection, and even death.

Also, breeding animals down to such a tiny size results in extremely fragile bones that easily break.

False dwarfs avoid some of the genetic problems that “true dwarfs” have.

All rabbit breeds should eat a diet that consists of mostly hay. This is important for Netherland Dwarf rabbits, in particular, in order to keep their teeth worn down. You can supplement your bunny’s diet with pellets and rabbit-safe fruits and vegetables.

Netherland Dwarfs have a short, thick coat that doesn’t require a lot of work. Nonetheless, rabbits groom each other, and brushing and grooming can be a way to bond with your sassy, wild bunny.

A slicker brush is a brush with a rectangular head and wire bristles. Although you generally don’t need to brush a short-haired rabbit, many rabbits love the slicker brush. Just make sure to be very, very gentle, as the wires can tear delicate bunny skin.

Most rabbits hate having their nails trimmed. Nonetheless, it still needs to be done. Here’s how.

First, wrap your bunny in a towel, This will keep them from hurting themselves if they struggle.

Now, take a look at the first nail. Every nail has a blood vessel running horizontally across it. Position your clippers below the blood vessel. Otherwise, it will be very painful and will bleed. If this happens, you can use pet-safe styptic powder to stop the bleeding.

Cut the remaining nails, including the dewclaw.

Always use a nail clipper specifically made for rabbits and small pets.

Watch the entire process below.

When you’re finished clipping your rabbit’s nails, they may be a bit rough. You can use an emery board to file the bottoms smooth.

Watch a grooming routine from start to finish here:

Grooming time is also a good time to do an all-over health check. Look for cuts and scrapes. Check your bunny’s backside. A messy bottom could mean digestive or mobility problems. It could also increase your pet’s vulnerability to flystrike.

Never bathe a rabbit. Rabbits are naturally clean and fastidious about their personal hygiene. But if your pet is having problems grooming itself, you can clean it using pet-safe wipes.

Housing for Your Netherland Dwarf Rabbit

All rabbits need the same amount of space relative to their size. That means:

And this is a minimum.

We’re fond of saying “a hutch is not enough.” A hutch is like a teenager’s bedroom. You want your rabbits to have everything they need, but they shouldn’t spend all their time there.

In addition to a nice, large hutch, your bunny will need daily access to an enclosed run for exercise.

Once you have your hutch and run set up, make sure that both are predator-proof. Spot-check your hutch daily for signs of wear, mould, moisture, and other problems. If your rabbit has a litter box, spot-clean it every day, as well. And give your rabbit hutch a good cleaning every few days.

Are You Ready for a Mighty Mini?

The Netherlands Dwarf Rabbit breed has some special needs and concerns. It’s not an ideal pet for every home, but for the right home, a Netherland Dwarf can be an excellent pet and companion.