How Is Climate Change Affecting Hedgehogs? 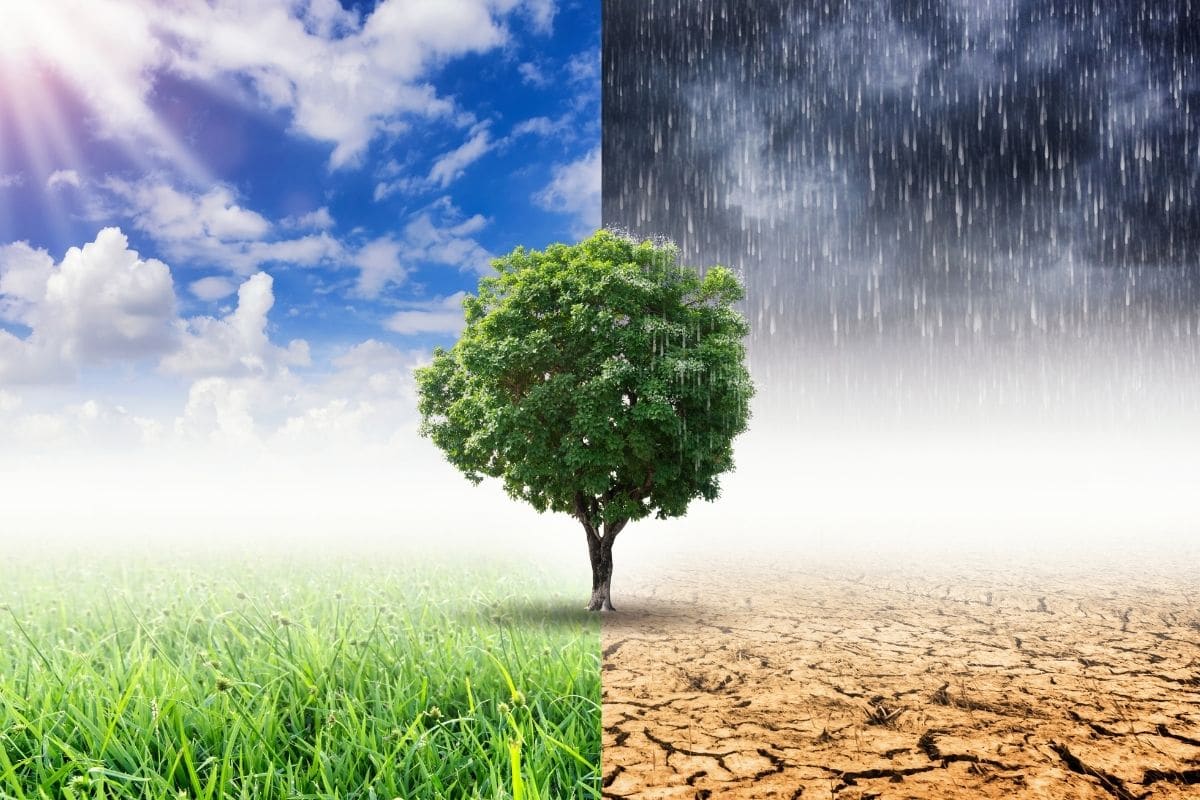 Hedgehogs in the UK traditionally hibernate in October or November and come out again in March or April. But is this pattern changing due to global warming? Could climate change be impacting other aspects of hedgehogs lives? And what are the long term implications for the hedgehog, already in so much trouble due to human activities? Let’s take a look.

Is Climate Change a Threat for Hedgehogs?

The short answer to this is almost certainly “Yes”.

However, as I write this in 2020, there has still been very little research done to explore precisely how global warming is affecting hogs in the UK now, and how we might expect it to influence the future of the species.

Global warming is not the most immediate threat to our hogs, but it is a growing threat that's only going to get worse. Click To Tweet

Research started by Professor Pat Morris, in the 1970s which is still ongoing, has confirmed that climate does affect patterns of behaviour.

His research has shown that hedgehogs hibernate later, and emerge earlier in the south of England than in Scotland.

Studies of European hogs established in New Zealand have shown that they don’t hibernate in the mild climate there. And they suffer no ill effects as a result.

The Peoples Trust for Endangered Species has also commissioned research into the impact of climate change on hedgehogs. This work is ongoing.

The most helpful information on the subject comes from a paper by Newman and MacDonald of Oxford University on the implications of climate change for UK mammals.

They identify four areas of concern. So let’s look at each of them in turn and what they might mean for the hedgehog.

As we know, hedgehogs are insectivores and especially fond of beetles, other insects and worms.

We know that development, intensive farming and use of pesticides have all damaged these food sources. But what about climate change?

Well, it’s a mixed picture. The main concern is that global warming may put the food chain out of sync. So that the creatures that hogs like to eat start to appear and disappear at different times of year to when hedgehogs have traditionally eaten them.

So for example warm wet winters can bring more earthworms to the surface. Great for hogs briefly coming out of torpor during the winter you may think.

But then the cold, dry springs that we have been experiencing in some years mean earthworms are in short supply, just when hedgehogs need them to build up their strength for breeding.

Extreme heavy rain and flooding associated with global warming can also have an impact. Literally washing winged insects out of the sky and drowning them as they fly. Bay news for the insects for hedgehogs and also for bats.

Thermoregulation and the Hedgehog Biological Clock

Air temperature is perhaps the most apparent aspect of global warming. The temperature is known to be a contributing factor in many significant aspects of animal behaviour: when birds migrate when badgers look for mates and when hedgehogs hibernate.

As we start experiencing more mild spells during winter hogs are waking more from torpor. Hedgehogs have always woken periodically during the winter. But waking uses a massive amount of energy. And if there is not sufficient nutrition around to replace that used energy and some, then the waking becomes a threat. The availability of nutrition for hedgehogs waking during hibernation is the focus of the Leicester University/PTES study, and the results will be very useful.

Hedgehogs are also rousing earlier in the spring. A recent study shows hogs in Denmark emerging a full month earlier than they did 40 years ago.

Early rousing isn’t in itself a problem, so long as the food sources the hedgehog relies on have also arrived early. And so long as the warm weather which has roused the hedgehog doesn’t turn out to be a “false spring” closely followed by more weeks of freezing conditions.

As we know, with the chaotic weather we’ve been having in recent years, neither of these things can be guaranteed.

For the hedgehog, parasites are always a problem. But parasites such as tics are much more common in warm wet weather in high and late summer, tending to die out to a degree during a cold winter.

What happens to hedgehog parasites if winters start to be warm and wet?

Scientists believe that this will be more of a problem for animals at particular life stages or in specific life events. So for example, what will it mean if young hoglets are becoming infested with ticks in the spring? Are we going to see more hogs being rescued with a heavy load of ticks just before hibernation?

We know that the hedgehog has lost habitat through human activity such as intensive farming, building and infrastructure development and use of pesticides. But what role does global warming have to play?

Over time climate change is likely to affect the plants that grow in the UK, which will, in turn, affects the distribution of the animals that live on those plants. This in itself, might not be a problem for the hedgehog. He is a generalist. He can and does survive in all kinds of environments all over the world and on very varied diets.

What is causing a problem (which will only get worse) is extreme weather events and flooding.

We’ve already discussed how torrential rain can drown the insects the hedgehog eats on the wing.

Flooding can make whole foraging areas inaccessible for a time. It can drown the insect populations that live in the area. And in the case of flash-flooding which is becoming ever more common, it can drown hogs unable to escape too.

Climate Change: Another Threat for Our Hedgehogs

I always try to end these articles on a positive. A little bit of hope for our prickly friends, or something practical that we can do to help. But I have to say I’m struggling to find my happy on this one.

Global warming is not the most immediate threat to our hogs, but it is a growing threat that’s only going to get worse over the years.

The good news, if you can call it that, is that since this environmental threat is a problem for us humans too, we are going to do something about it.

My worry as an animal lover is that we humans are so concerned about the problems climate change is going to cause for us that we may overlook the needs of other species. Even our much-loved hogs.

That’s why it’s so vital that we support the work of organisations like the British Hedgehog Preservation Society and the People’s Trust for Endangered Species.

We must support and encourage research – after all, once you understand a problem, you are halfway to solving it.

We hope you’ve found this article interesting and informative. If you have questions or ideas, we would love to hear them. Please leave us a comment below.

1 thought on “How Is Climate Change Affecting Hedgehogs?”