The Harlequin Rabbit – The Facts 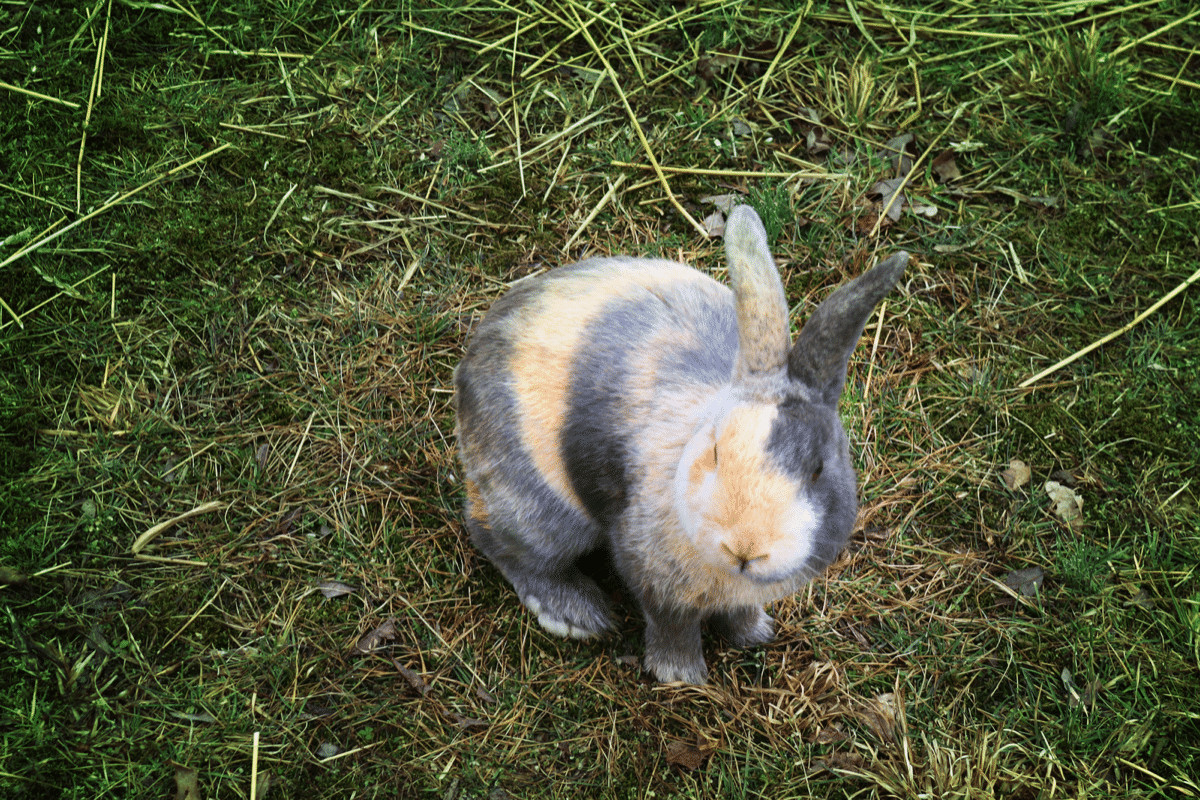 You might wonder if the Harlequin Rabbit is a breed or simply a way of describing coat patterns. You wouldn’t be alone in wondering. Although the Harlequin rabbit is recognised as a breed by both the American rabbit Breeders Association (ARBA) and the British Rabbit Council, the name does derive from a specific pattern of colours.

But the Harlequin Rabbit is more than just a pretty face. Want to learn more?

The Harlequin rabbit isn’t one of the oldest breeds of rabbit, but it is one of the most interesting.

This breed has its roots in both France and the Netherlands.

Breeders crossed the semi-wild tortoiseshell Dutch rabbit breed with other rabbits to create the spectacular-looking Harlequin rabbit. This new rabbit breed was first shown in France in 1887.

The Harlequin rabbit came to the United Kingdom shortly after that. The unique markings of this rabbit made it popular as a show breed. However, this breed also gained popularity as a meat rabbit.

It’s Not Japanese, Despite the Name

Originally, breeders called the Harlequin a “Japanese” rabbit. During the second world war, however, they changed the name, although one type of Harlequin markings is still referred to that way.

In the United States, the popularity of the Harlequin breed has waxed and waned. In fact, ARBA has listed and delisted this rabbit breed from their official breed roster several times.

Today, the Harlequin rabbit is a popular pet and show breed. Some people also raise them for meat.

The Harlequin rabbit is a small to medium sized rabbit. The average weight is around 2.5 kilograms (5.5 pounds). Females are generally heavier than males.

The Harlequin rabbit has a rounded “commercial” body type with a broad, round head. Their ears are erect and of medium length.

The Harlequin rabbit has  a short, dense, soft coat.

The breed’s most striking attribute, however, is its markings.

There are Two Different Colour Types

Is the Harlequin a breed or just a colour scheme? There is some disagreement about this. However, although the harlequin pattern appears in other rabbit breeds, neither ARBA nor the British Rabbit Council will allow rabbits outside of the officially designated Harlequin breed to show as a Harlequin rabbit.

The two colour Harlequin pattern is similar to a Harlequin clown’s mask.

That is, the coat consists of alternating bands of two different colors. The face is one colour, the shoulders and front legs are the second colour, and the hindquarters have the first colour. You might recognize this as the Dutch Rabbit’s colour pattern.

But there’s a twist.

The Harlequin pattern splits down the middle, and one side is the mirror image of the other. So a Harlequin rabbit’s ears are opposite colours, for example. Their face also has two colors, split down the middle. Likewise, the bands alternate along the rest of their body.

Within this pattern, there are two colour types: the Japanese Harlequin and the Magpie Harlequin.

The Japanese Harlequin has bands of colour alternating with orange or tortoiseshell bands, and a typically orange belly. The colours include:

Harlequin rabbits are good natured, docile and calm. This makes them a great choice for a family pet. Although, like all rabbits, they’re too delicate to be a plaything for small children.

Never leave any rabbit unsupervised with a small child, and always instruct older children in the proper handling of rabbits.

The Harlequin rabbit breed is also intelligent and biddable. You can easily train them to use a litter pan. You can also work with them to teach them other types of tricks.

This breed is also very social. Harlequins love to spend time with their humans. Like all rabbits, the Harlequin rabbit can suffer from loneliness and boredom, so visit with them daily, and, if possible, give them a rabbit friend to keep them company when you can’t.

A Home for Your Harlequins

Harlequin rabbits are an average-sized rabbit breed. But like all rabbits, they need room to live and also to exercise.

At minimum, your rabbit’s hutch needs to be large enough for them to:

For exercise, every rabbit needs a run. The Harlequin rabbit has an average energy level, but everyone needs to stretch their legs.

Our hutches and runs work together to provide your bunny with all-day access to both living and exercise space.

And all pets need good toys!

Fortunately, this breed is fairly robust. Nonetheless, all rabbits are prone to certain types of illnesses.

Some rabbits are prone to respiratory infections. These can have different causes, but they can get serious quickly. If you notice any of the following symptoms in your rabbit, it’s time to call the vet.

Rabbits’ digestive systems are a bit different from ours. Moreover, they’re very sensitive. Improper or inconsistent diet can result in GI stasis. This is an incredibly painful problem, and a potentially deadly one.

To reduce your rabbits’ chance of developing GI stasis, make sure to feed them a high fibre diet that consists of a minimum of 70 percent hay.

Rabbits will chew on almost anything. This is because their front teeth never stop growing. Giving your rabbit something to gnaw on, whether sticks or wooden chew toys, will keep their teeth ground down and discourage them from chewing at the wood of their hutch.

A high fibre diet can also keep your bunny’s molars from becoming overgrown. Overgrown teeth are painful and can lead to cuts and sores in the mouth, feeding problems, and more.

Flystrike can happen any time of year, but it’s especially common in the summer.

To reduce your rabbit’s risk of flystrike, keep your rabbits and their enclosure clean. If you see maggots in your hutch, or especially on your rabbit, it’s time to get to the vet.

A Harlequin in Your Home?

The Harlequin rabbit is an easygoing, fun-loving breed that makes a good pet for individuals and very good pets for families.